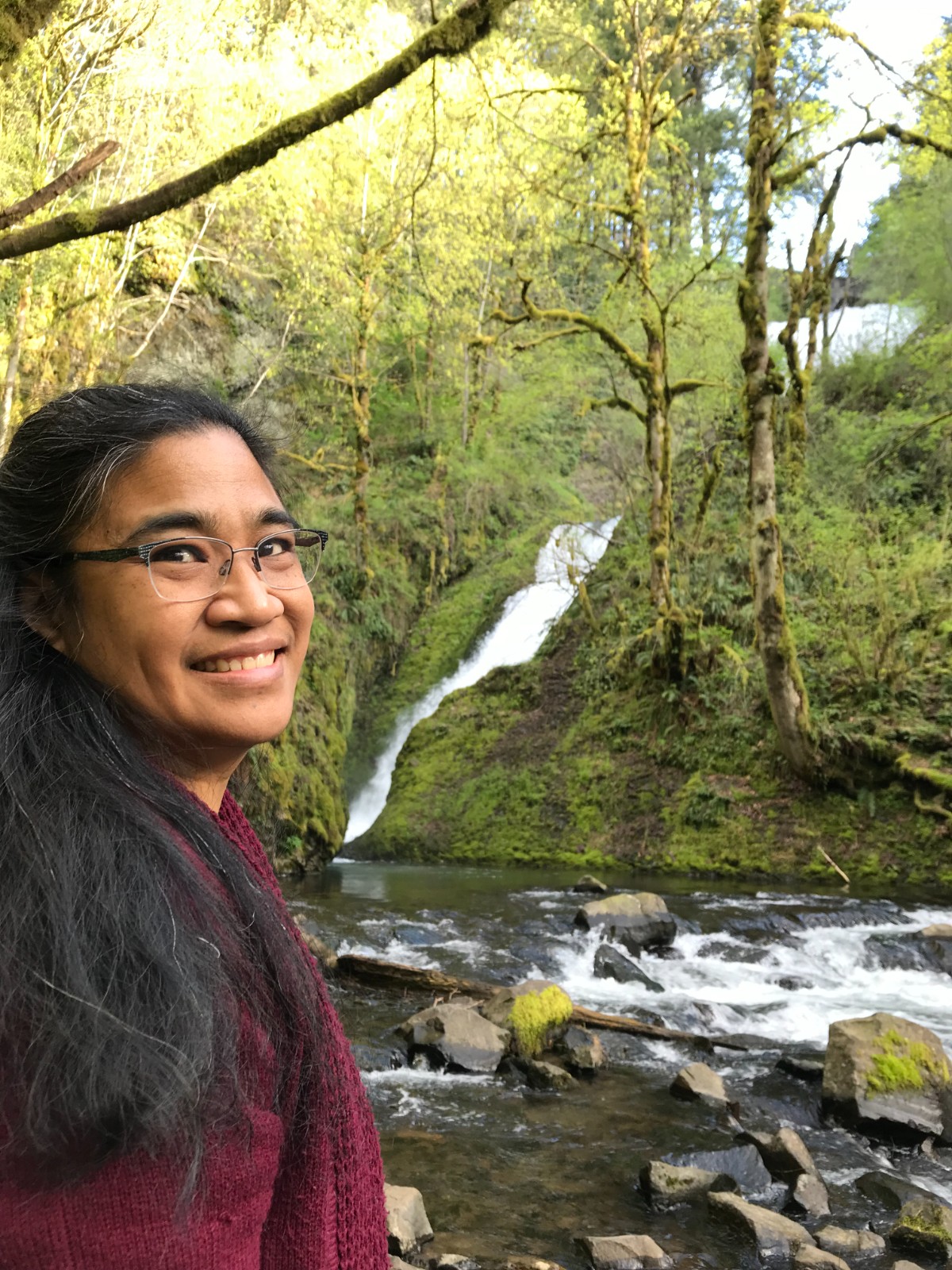 Rebecca Mabanglo-Mayor '83 comes from a family of story tellers.

As a child of Filipino immigrants, she grew up hearing powerful and vivid stories connecting her to her family and rich heritage. She loved to read and went to the library with her mom almost every week. If you asked, her mother would say the best way to quiet Rebecca was to hand her a book. She could be lost in a good story for hours. She loved books so much, she says one of her proudest moments was being able to purchase a copy of The Lion, the Witch and the Wardrobe with her own money.

Rebecca’s mom immigrated to the United States in 1955. She was the oldest of six sisters. Her father, a Philippine Scout, was a survivor of the Bataan Death March. Philippine Scout regiments became the first United States Army units to be in combat during World War II. The family believed in the American dream and were willing to sacrifice the life they knew in order to seek it. After Rebecca’s mother met Rebecca’s father, who was in the Navy, they married in 1961. Rebecca was born in 1965. She was raised Catholic and attended school at St. Vincent de Paul in Federal Way where her ‘unique lens’ and social justice mindset was formed. Later, at JFK (now Kennedy Catholic) her 11th grade teacher, Sr. Frances, introduced her to an interesting writing technique – the use of comic-book style scene blocks to outline and develop stories still informs her process to this day.

Rebecca admits her favorite writing genre is science fiction, but she can also be found immersed in memoir and books about the art of writing. In her younger life, she shied away from her interest in writing because she was raised to believe writers starve and that becoming a writer was a poor career choice. This misguided belief created a disconnection between her internal identity, and who she thought she should be based on cultural expectations. In high school, she understood being successful meant alignment with the dominant culture to ensure her ability to raise a family, move about freely, and have financial freedom. She discovered, though, that this kind of success also meant losing her sense of heritage and identity.

After nearly two decades of struggle, she found her way back to her heritage through the art of storytelling. Storytelling helped Rebecca understand she has a unique perspective on the world – and telling her story allows others to recognize how history creates context. Upon learning she would be published, Rebecca was astonished and stunned that others would care about what she wrote. Her first publication (and those that have followed) evoked both excitement and a sense of nervousness. She loves hearing how readers connect to her story, but also can’t shake the worry that creeps in after all these years. The hard part about being an artist is being publicly vulnerable and risking divisive opinions. She has come to be known for her powerful memoir essays and poetry. 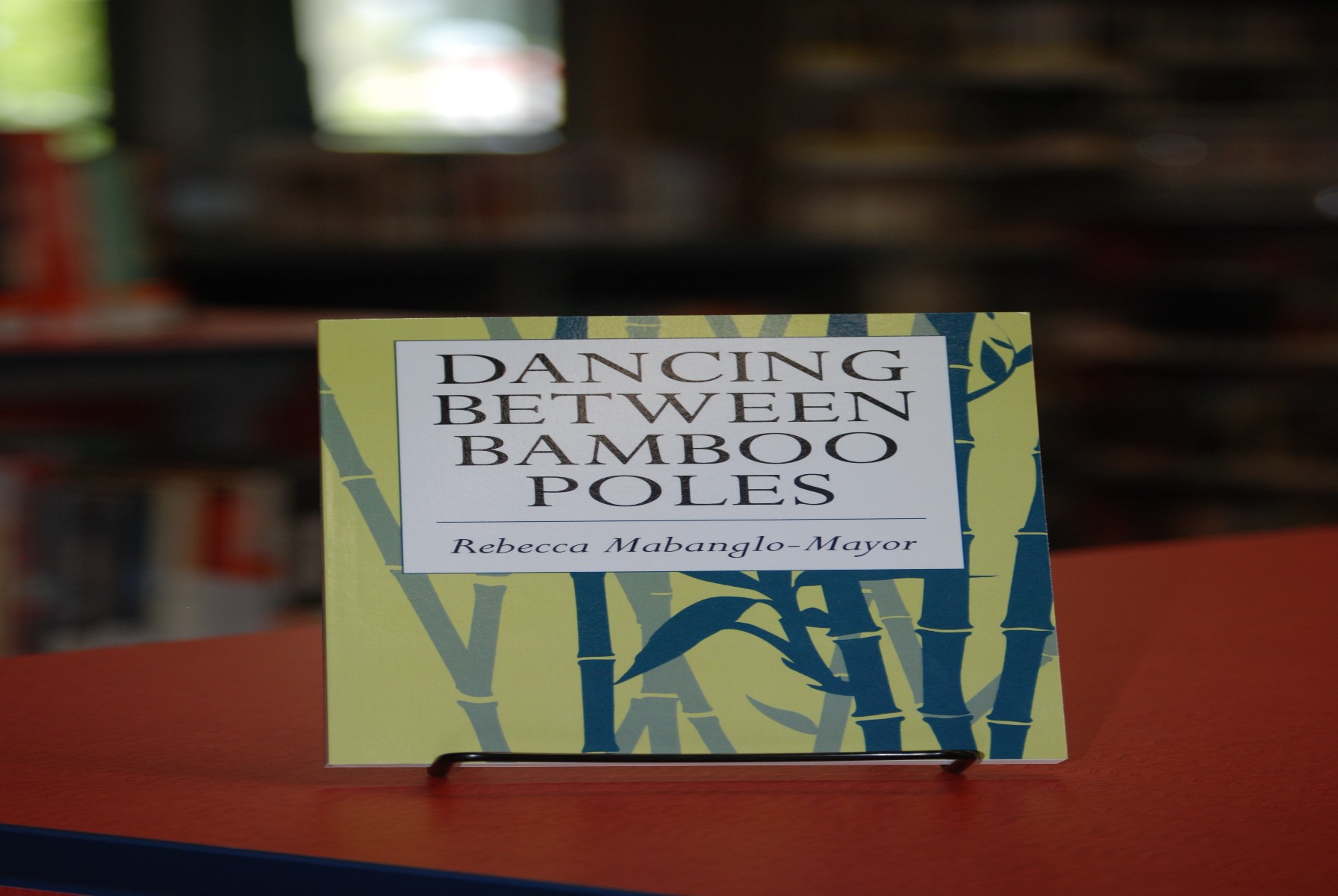 In high school, Rebecca had two favorite teachers: Jim Paynton and Pat Butler. She loved the quirky sense of humor of Mr. Paynton and Mr. Butler – especially the skits they performed at the chocolate sale assemblies. Looking back now, she feels deeply grateful for the unique interest these two gave her, helping to make sure she didn’t get left behind. They always included her in the drama or band communities – even though she never took a single band or drama class – she even became their unofficial mascot. This sense of community, taught to her by inspiring teachers, drives her commitment to social justice today. She works with herown students to help them recognize how their own unique perspective and experiences can be transformed into meaningful stories that matter to others. Social change happens when people work together toward a common goal. To her, a hero isn’t one person, but an ensemble of people pooling their gifts for the common good.

When asked to describe her, Rebecca’s family says she is loyal, creative, protective, insightful and resourceful. She is also very talented and dedicated to the practice and art of writing. How long does it take to write? “It takes as long as it takes,” she says. In reality, it’s taken her a lifetime to get to this point of her career. She tries to write everyday – and on a good day, she will produce 2000 words in two hours. As with anything, sometimes life just gets in the way and her production will slow. Over the years she says she has written in so many coffee shops that she usually doesn’t even need to say her order. The baristas are so familiar with her, they already know what to make.

What advice does she have for a young writer? Write. Read. Find a writing community you enjoy. Find a good coach and always strive to get better. ◆