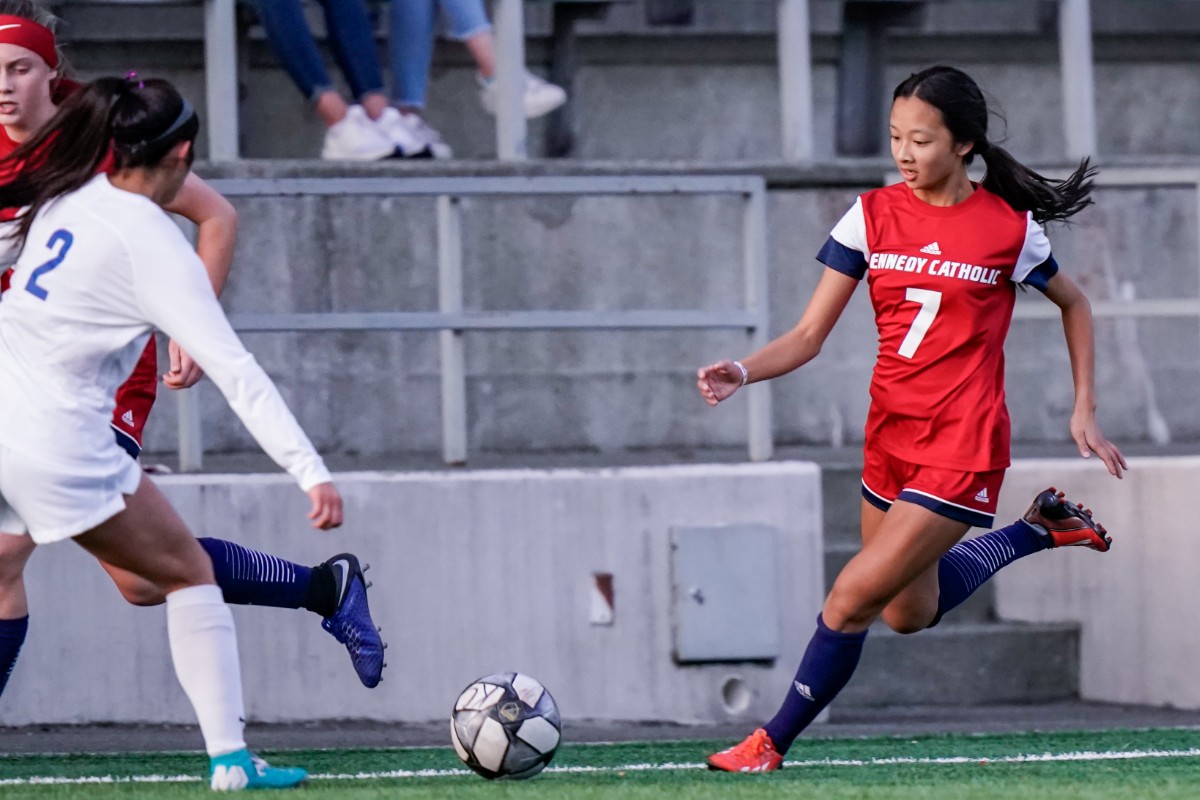 All-American senior Sav’ell Smalls put the local and national media into a frenzy when he unveiled his decision to play football at the University of Washington during a school assembly.

Bowler Sydney Elicker, a senior captain and among the small handful of 4-year letter winners in the sport’s history, bowled a school record 244 this December, earning WIAA Athlete of the Week honors in the process. 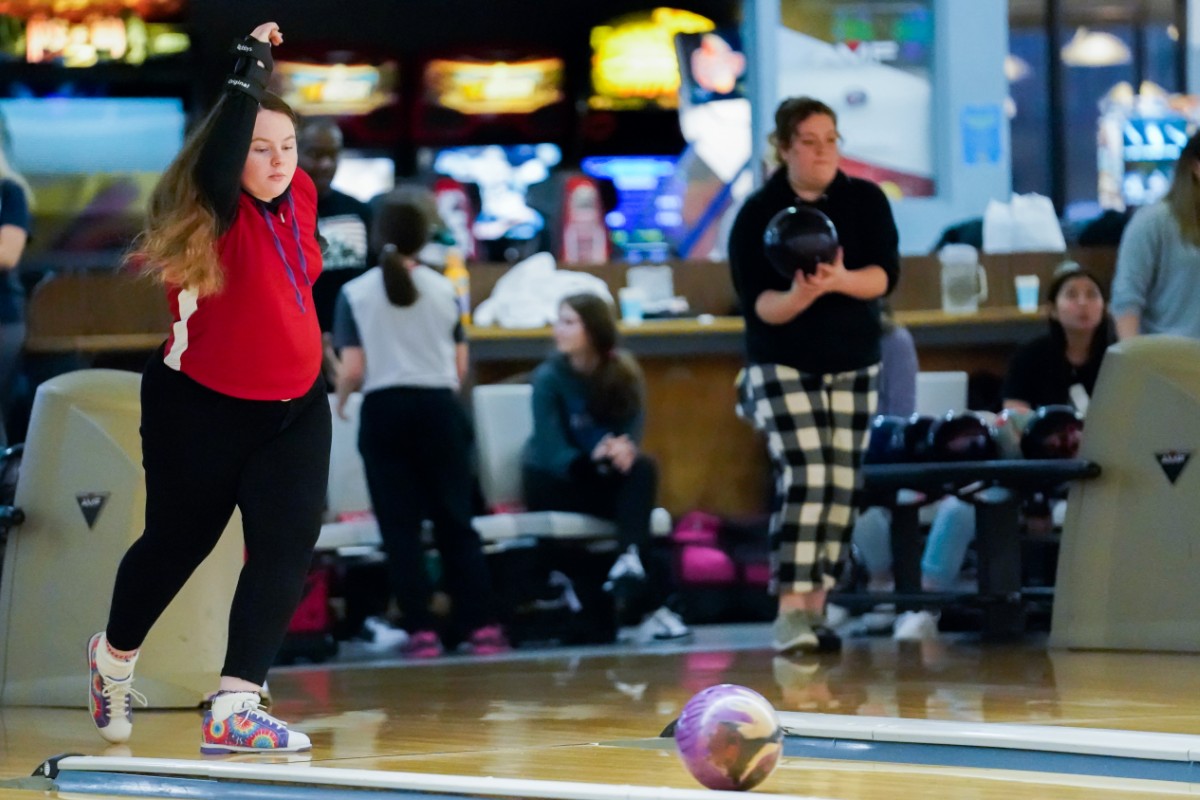 Cal-signee Justin Baker landed himself in Sportcenter’s Top 10 highlights when he took a kickoff 91-yards for a touchdown in the Lancers' season opening game played at CenturyLink Field and broadcast nationally on ESPNU.

Diver Ryan Klem, a junior captain on the Lancers Boys Swim & Dive team, made a repeat trip to State, placing 9th in 4A and dazzling his teammates and supporters with an array of impressive twists and turns.

Everything our girls soccer team tried this fall worked, as the Lancers breezed through the regular season and league playoffs with an undefeated record and a Top 10 National ranking. While a shocking upset in the opening round of the District playoffs brought an abrupt end to the season, the girls can be proud of their 14-1-3 record.

Freshman golfer Nick Dubois started his career in impressive fashion, landing a 1st-team all-league spot and leading his team into the District tournament (State tournament qualifying and participation was cancelled due to COVID-19).

Gymnast Payton Hayes capped off an impressive career, making her 4th consecutive trip to the State meet where she placed 8th in vault and 10th in floor for the Lancers.

History was made in December when freshman Pilar Ortega became the first female wrestler in Lancer history to record a victory when she pinned an opponent in an early season invitational.

In case you missed her flying around the course this fall, you still have three more seasons to catch freshman Ashley Kurth in action. Her first year of cross country suited her well, as she grabbed a 2nd-team all-league mention and nearly qualified for State.

Just a sophomore, 3-sport standout Avery Watkins pushed to a new level on the hardwood this winter, earning her 2nd consecutive 1st team all-division honors while averaging more than 20 points and 10 rebounds a game. 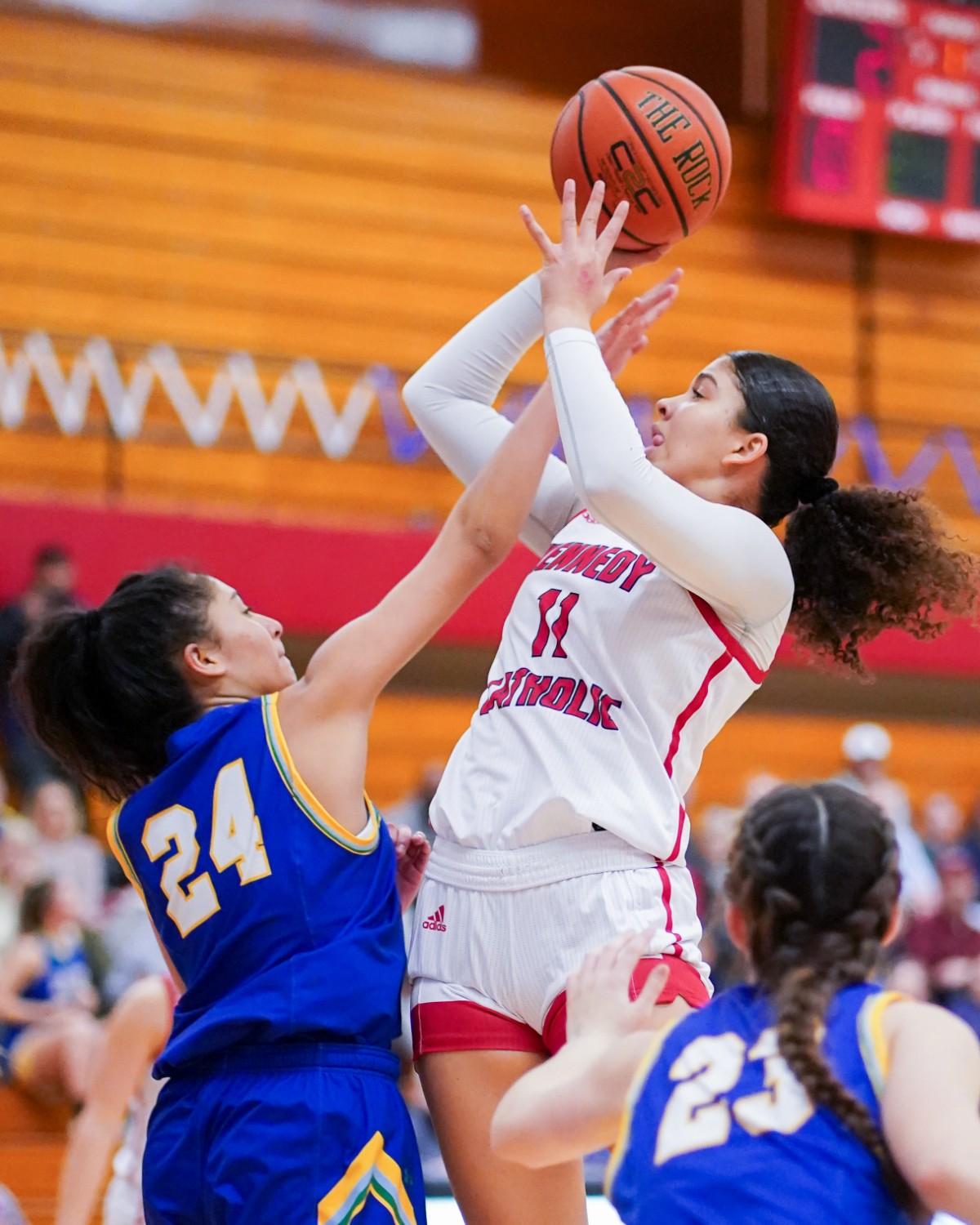 Kolbe Ritter proved to be a force in the water this year. The senior earned 1st team all-league in water polo, helping the Lancers to a strong 3rd place finish, and then overcame an illness to help the relay team make it to State in Swim.

League champion has a nice ring to it, or at least it did for sophomore Chris Louie who was crowned league champ in the breaststroke and later swam in two different events at the State Swim & Dive meet. 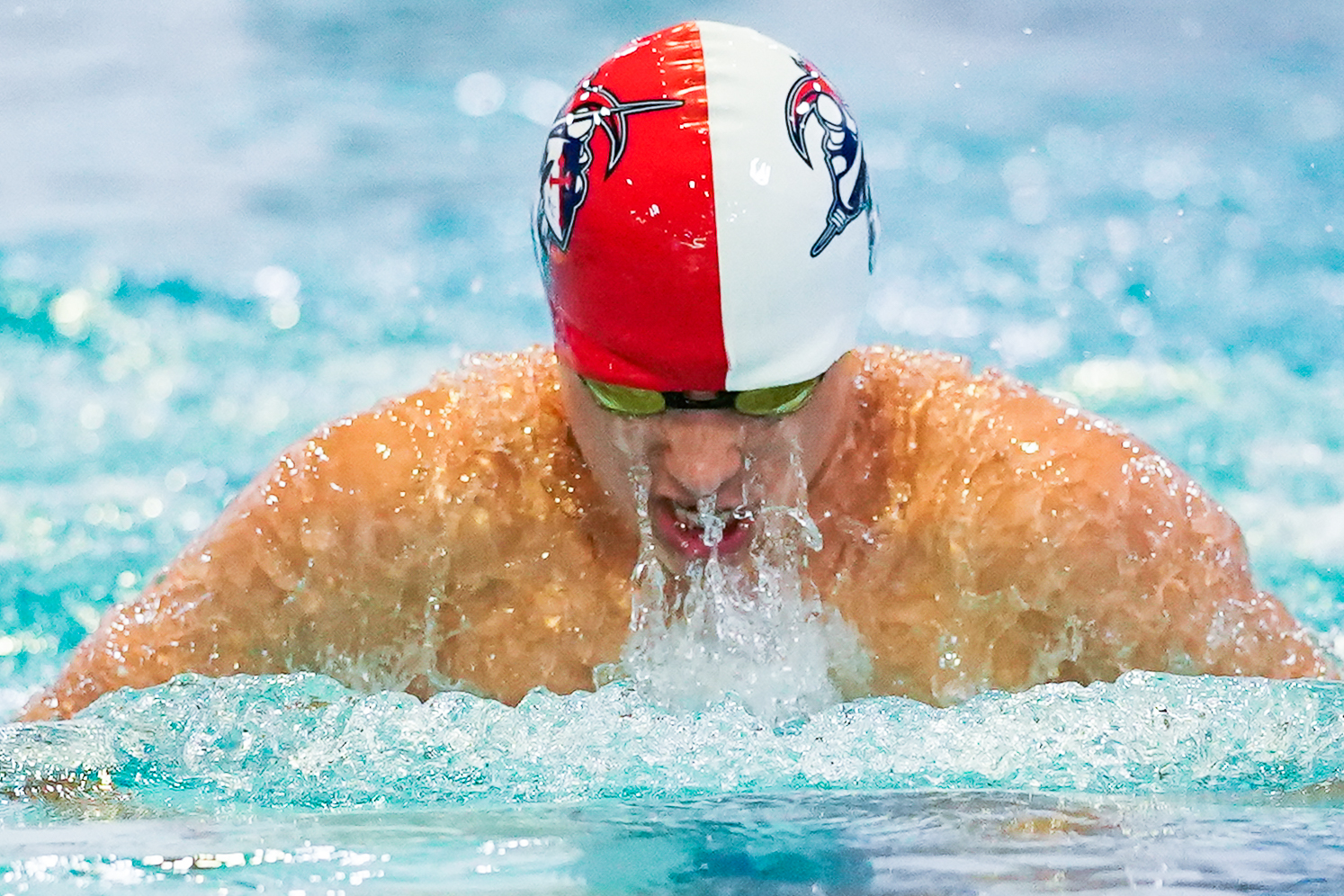 Mat demon, Mateo de la Peña, stormed through the season and wrestled himself all the way into the championship match in his weight class. Mateo lost 9-6 in a hard-fought match to finish 2nd in State as a sophomore.

Number 1! The Lancer football team earned the State’s number one seed into the 4A State playoffs following their impressive 10-0 regular season that saw them outscore opponents by more than 30 points per game. Ultimately, the boys finished 11-1 following a State quarterfinal loss to Woodinville. 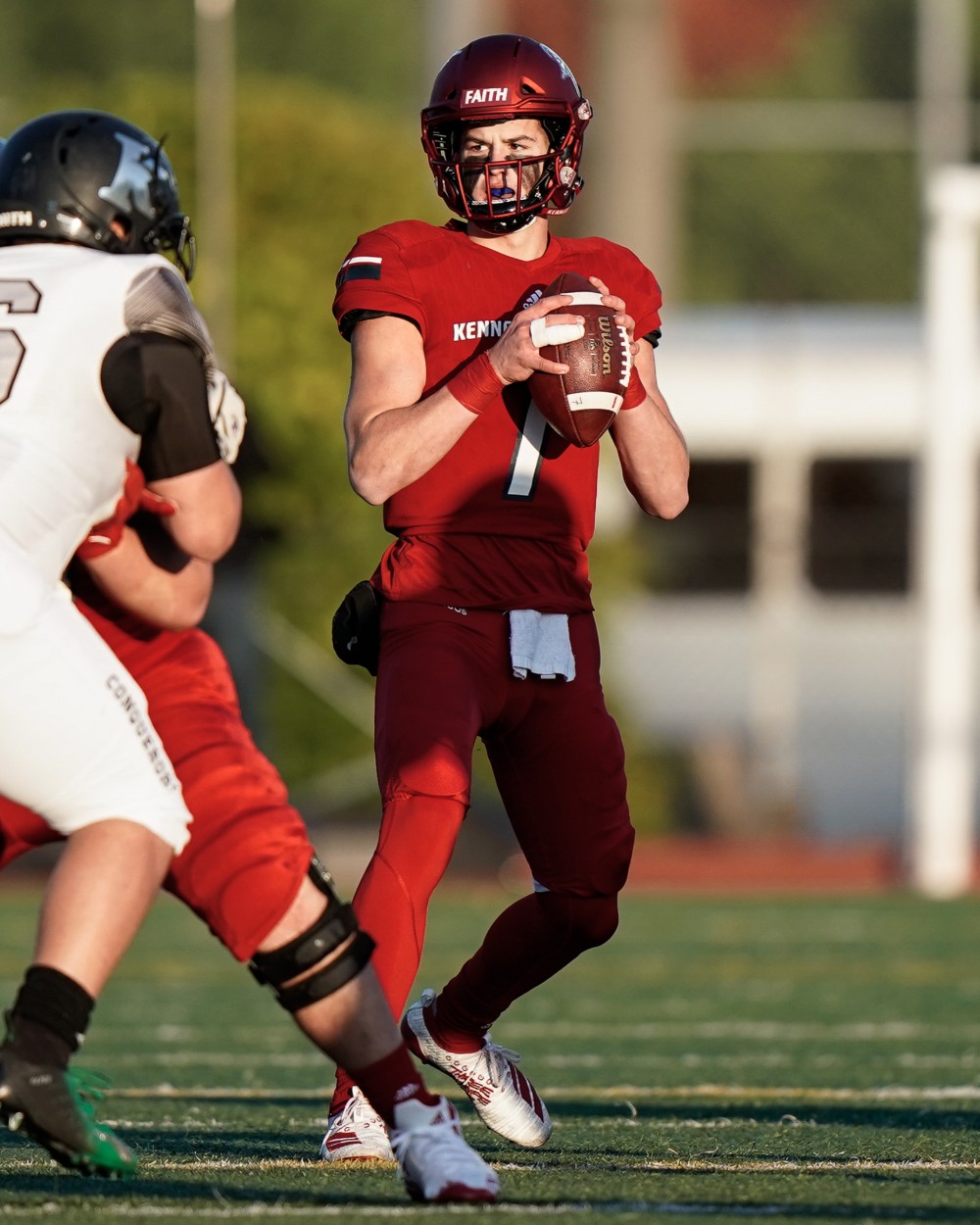 Outside hitter Sharli O’Neil is a joy to watch on the volleyball court. The 2nd team all-league selection has already verbally committed to play at Boise State after she graduates, but coach Liz Quitiquit is counting on her to play an even bigger role for the Lancers during her senior season.

The Podium is where Kiersten Weiler found herself at this fall’s Swim & Dive State championships, where the sophomore finished 7th in the 100 Back and also anchored the Lancers 200 and 400 Freestyle Relay teams.

Quarterback Sam Huard eclipsed 10,000 career passing yards, putting him on pace to shatter the State’sall-time record next year when he’s a senior, on a long touchdown pass to Justin Baker during the Lancers division-clinching victory over Kentwood in October.

Now-Retired head coach Don Hoffman deserves special recognition for his years of service leading first the girls and most recently the boys basketball program. Coach Hoffman made the decision to step down from his position (he was recently named Athletic Director) following this season, hanging up the clipboard with a career 206-103 record in 12 seasons as the boys head coach. 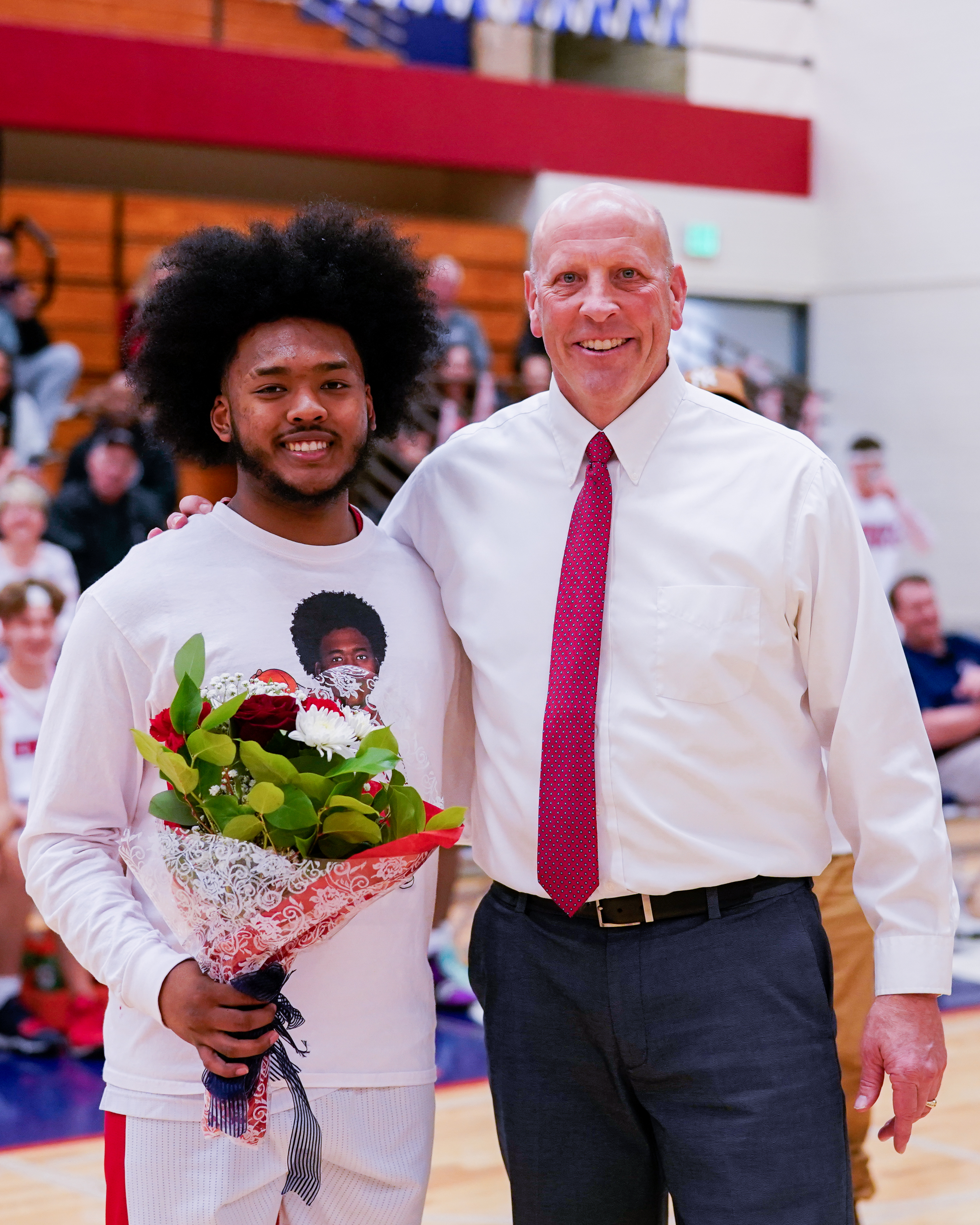 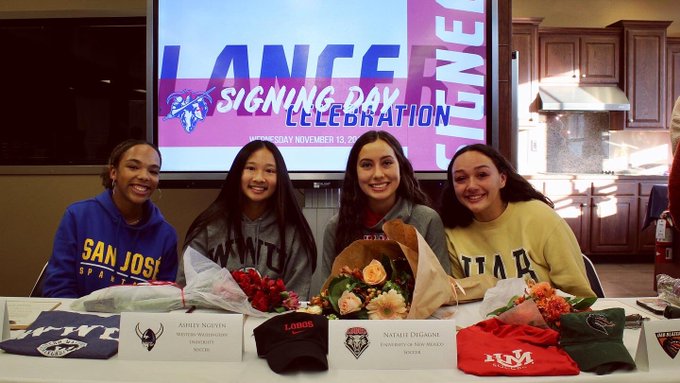 Three-pointers were raining down in Goodwin Gymnasium this season as the Lancers boys basketball team played a run-and-gun style that meant a record-breaking performance could be in store on any given night. A hot shooting night in December saw the Lancers hit 18 threes as a team in a victory over Todd Beamer.

Unfinished business was all that was left of our spring sports season after the COVID-19 pandemic forced all Washington State schools to close for the final three months of the school year, cancelling spring sports before they started. For the class of 2020, they lost their last opportunity to wear a Lancer uniform and compete with their friends and classmates. To honor them, we hosted virtual Senior Nights for each team with hand-delivered posters, treats, video messages from the coaches, personalized social media posts and individual-team Zoom celebrations. 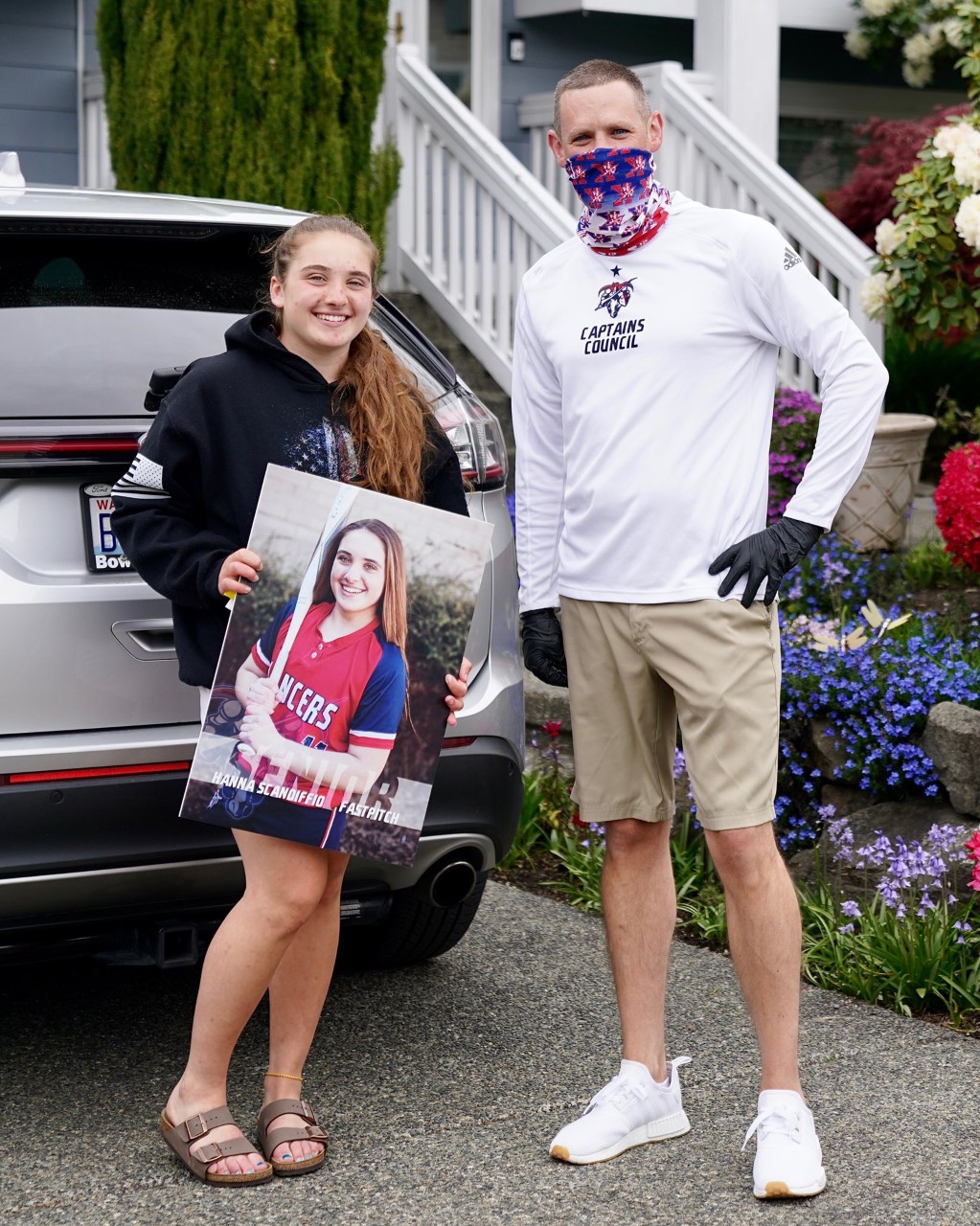 Wrestling coach Bobby Brokenshire was awarded league Coach of the Year for the work he did leading a young Lancers squad. This included leading the first girls team in school history and seeing four boys advance to the State tournament.

X+Y=A+? Lancer student-athletes stepped up their focus in the classroom this past fall, experiencing unparalleled academic success. Each of our varsity programs turned in team GPAs higher than a 3.0 and nearly 50% of our student-athletes had semester GPAs above a 3.5.

Youth led the way in many of our athletic programs this year, as our varsity teams were filled with freshmen and sophomores playing key roles. In all, 25 underclassmen earned NPSL all league honors during our fall and winter seasons.

Zero regrets were what golfer Julia Diaz was left with after her strong performance in the fall’s NPSL championships. The junior shot an opening round 78 to earn a spot in the final group for the tournament’s final round. While she didn’t win, she picked up valuable experience that will prepare her for her senior season. ◆