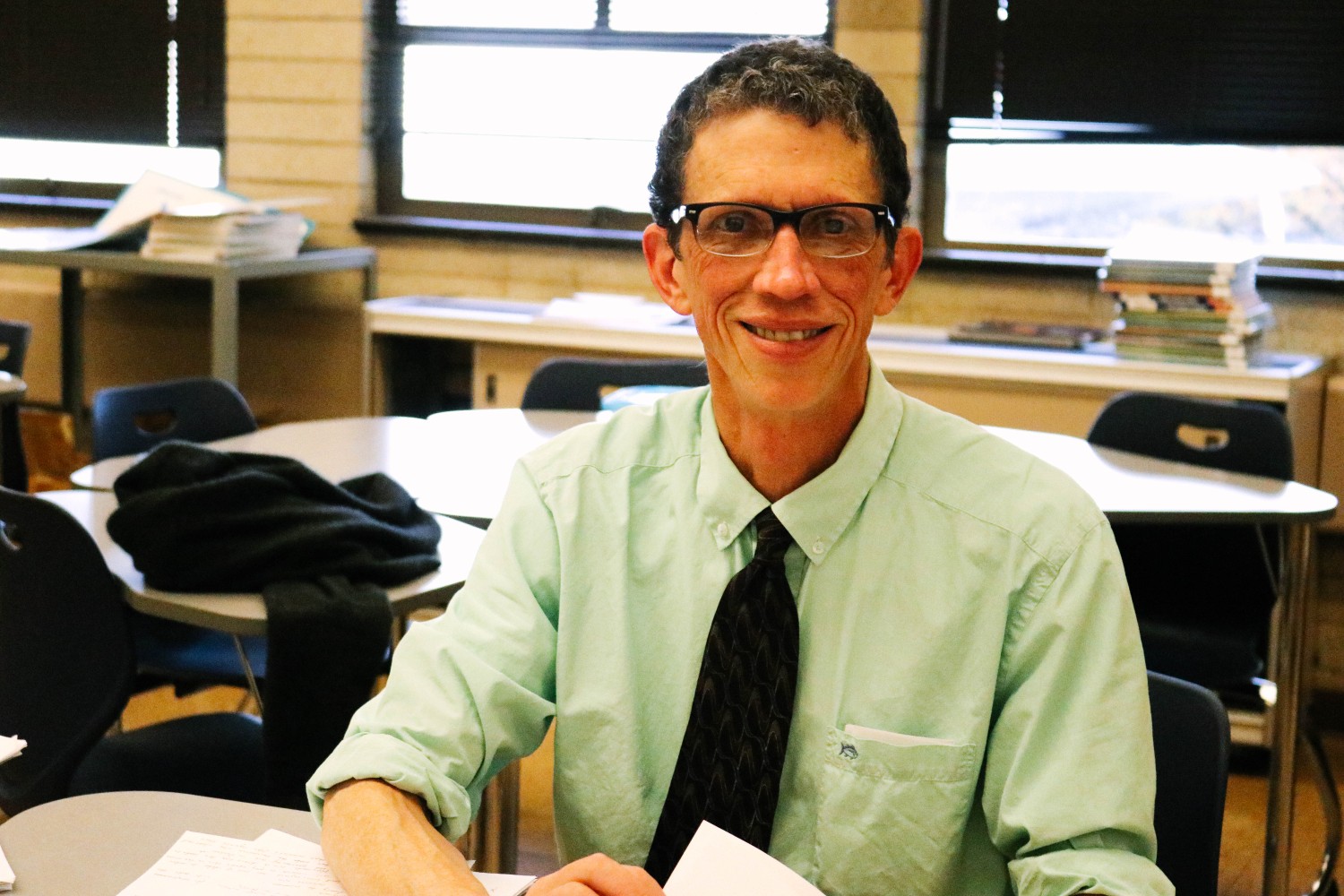 In the short time since his passing, there has been an outpouring of support and memories shared by family, friends, students and alumni. Jeff was a gifted teacher and mentor who left an indelible impression on countless members of our community. 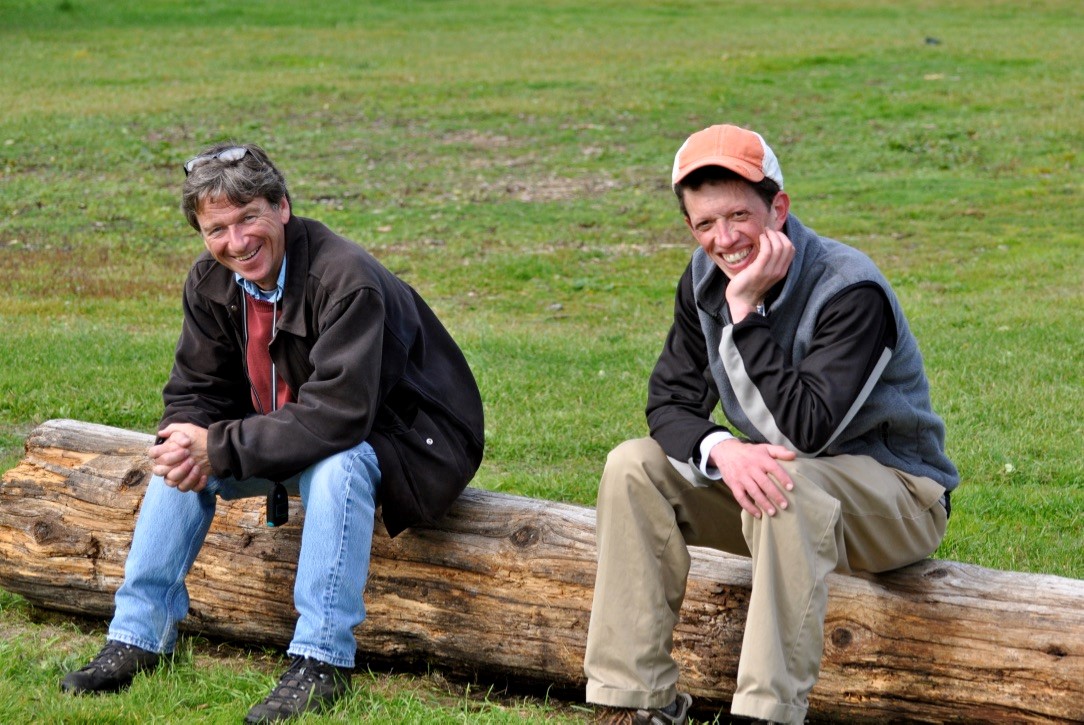 On Saturday morning, November 23, the Lancer family came together to celebrate his life. It was a beautiful and fitting tribute. This eulogy was written and delivered by John Cascio, Jeff’s fellow teacher and good friend.

I’m thinking right now about a conversation I had with Jeff. We share a phobia of public speaking. I had to do it a couple years ago and Jeff supported me, and he laughed at me. Jeff loved to gamble and when I said next time it was his turn to speak, he laughed and said “Wanna bet”? And here I am. Well played Behrends, well played.

I’m John Cascio. Like Jeff, I am a social studies teacher. I’ve been listening to people talk about Jeff for the last couple of weeks and so, many of the memories I’m going to share are not just my memories, but are also the collective memories of Jeff’s family, colleagues and friends.

When I was thinking about how I would describe Jeff, I kept coming back to the word eclectic. And I think part of that came from thinking about his stories of his many travels in his younger years. His family moved several times because of his Dad’s work, and he was always the new kid in school, so he learned to make friends. He went to college in Indiana and Georgia. He dealt Blackjack in casinos in Lake Tahoe. He traveled extensively playing Ultimate Frisbee. And he ended up here. He became the gentle, kind, thoughtful man we all loved. His roommate JK said he listened to all kinds of music like Johnny Cash and Solomon Burke, but he really liked Funk. He loved to cook. He said soup was the Swiss Army knife of food because you could make a soup out of anything. Besides buying food, Jeff did not like to shop. In Seattle, he went shopping for clothes once a year and his friend, Jim Vandenberg, often went with him. I never saw him wear a pair of jeans; don’t know if he owned any. And when he wore shorts - it was a sight. Skinny ass, chicken bone legs.

Jeff had Behrenisms. He had this little tune every morning when he climbed the stairwell to his room. He raised his hand like a bull rider when he was trying to get the right question. “Why would Jefferson want to buy New Orleans?” When he was praying, it was like this. And when he was happy, Jeff would smile and he would do this with his hands.

Besides books, Jeff didn’t care about possessions. And books weren’t really possessions. They were meant to be loaned. He loved mysteries, especially with interesting detectives. He once said he had a book for me about a Jewish detective in czarist Russia. I was skeptical, but it was very good, and I asked what his next selection was. He said “Cascio, stay with me on this. It’s a series of books that take place in Laos after the communist takeover and it’s about a Buddhist coroner who solves murders with occasional help from the spirit world." I now have all seven books in the series.

Jeff was a good friend. He made great book suggestions. He threw some epic BBQ’s. He liked to organize Trivia nights at local pubs. He was a regular when we played poker. This past summer he made a concerted effort not to be a hermit and he asked Jim and me to go to breakfast once a week. We went to places I’d never been like Lil Pat’s in Burien and Noble Barton in White Center. Noble Barton had pinball and Jeff loved pinball. So he called one day and said he found some places to play pinball on something called the internet. Jeff approached technology like someone who would approach black magic, carefully and with worry. He asked me to go bowling one Saturday afternoon and he assembled a group including friends from his hangout the Sidestreet and Tara who worked there. Before I knew it, it was a weekly thing. I never got better, but it was fun.

Jeff was old-school. He paid for almost everything with cash and he always walked around with a wad of bills. And Jeff was a generous man. He would always give a kid in need a couple of bucks for lunch or the bus. If they paid him back, cool, if not, no big deal. For each of the past ten years Jeff has anonymously paid the fee so a student in need could take David Vinson’s UW college writing course. The course improves their writing skills and students also get 5 college credits. And every year at the auction Jeff would stay long enough to raise his paddle for the fund-an-item. One of our fundraisers used to be Senior Butlers and Jeff and I had a pact every year to outbid any competitors for the services of any seniors willing to make and feed us lumpia. Jeff also gave his time. He would sleep overnight on the floor so kids could have retreats or fundraisers at school. He and Mr. Vandenberg and Mr. McCluskey would show up almost every Monday after school to play against my Knowledge Bowl students. And Jeff would give up a Saturday every year to go with Knowledge Bowl to our tournaments. He didn’t have to. The others didn’t have to do it. It wasn’t their job. But Jeff would do most anything for our students.

Jeff was a teacher and every teacher here probably has a Jeff story. Our ninth graders read a book about the Cultural Revolution in China entitled Red Scarf Girl. I always knew when Jeff was reading it to his students - yes he would read to them - and he would wear his red scarf. When teaching about Rome and the soldiers that made it powerful, he would parade around with a bucket on his head until someone gave him his own plastic Roman armor. He also taught International students in ESL style classes. They often come from rigid learning style environments where information is memorized and repeated on tests. This was not Jeff’s style. In their first week in Jeff’s classroom his International students must have freaked out. Jeff’s classroom always looked like it had just been hit by a tornado and Jeff’s teaching style was that tornado.

Two days before Jeff passed, we had Open House here at Kennedy Catholic. Each department has a classroom and prospective 8th graders and parents visit to see what the school has to offer. I remember watching Jeff. He wasn’t giving the usual pitch about what we offer in 9th grade World History or the upper level courses. He was asking kids what subject they liked and if they answered “Science” instead of Social Studies, he asked what they liked about science. And then he asked if they like to read and what genres they liked. And soon the kids were smiling and talking. And I realized Jeff was teaching me again. He was sharing his open secret. He cared. If you can find what makes a kid tick, you can find a way to teach them.

Jeff and I had a teaching relationship I shared with few other people in the building. We could walk in and out of each other’s rooms with not a ripple in the flow of what was occurring with the class. Jeff would pop in, sit with a group, ask a couple of level three questions and then pop out while the students were still formulating an answer. Jeff would have a student do 10 push-ups or sit-ups when they crossed his line. In honor of Jeff, I’ve been having my freshmen do push-ups for the past two weeks and they have no idea why.

I often inherited Jeff’s freshmen World History students into my junior year U.S. History. I can’t tell you how many times I used the Behrends card over the years. When a student was doing something bonehead dumb and didn’t seem to care, all I had to say was, “I’m telling Behrends what you did.” It was amazing how fast their body language and demeanor changed. And their response was almost invariably the same. “Uh. Please don’t do that.” Some were afraid of getting one of Jeff’s famous rips. Most just didn’t want to disappoint Jeff. Our friend Courtney wrote, “Jeff saw us. He really saw us. And he loved us anyway.” I knew this, but I needed to hear it. So for all of Behrends kids here today past and present, especially those who were in the unfortunate position of being taken to the hall for one of his famous rips, I know you know this, but you need to hear it: Behrends may have been disappointed in your actions, but he was never disappointed in you. He loves you and we love you.

Jeff had a teaching assistant this year. This is a student who assists a teacher for one class period a day. Sandy is an International student from Vietnam, but she gets Jeff and she had slowly begun to organize his life (which was not in the job description). Last week, she told me a story about how she told Behrends she didn’t want to take an online summer history course with me because she heard I was too scary. She said Behrends told her that I was a good friend of his and he would tell me not to be scary. Sandy, Behrends did tell me about your conversation with him. And this may explain a lot now because he also told me I could go ahead and be scary. Like Behrends said, we are good friends.

I would like to end this with mention of the great friendship between Jeff and his best friend Jim Vandenberg. So many of my memories are of the two of them. They are my Bob Hope and Bing Crosby. Thomas Aquinas and Socrates. Burt and Ernie. Yin and Yang. I could try to tell you about the two of them, but I thought you should see it for yourself. This is a video from last December’s Winter Wishes assembly. If you ask me how I would like to remember him, I’d like to remember Jeff hanging out with his best friend. Please enjoy.