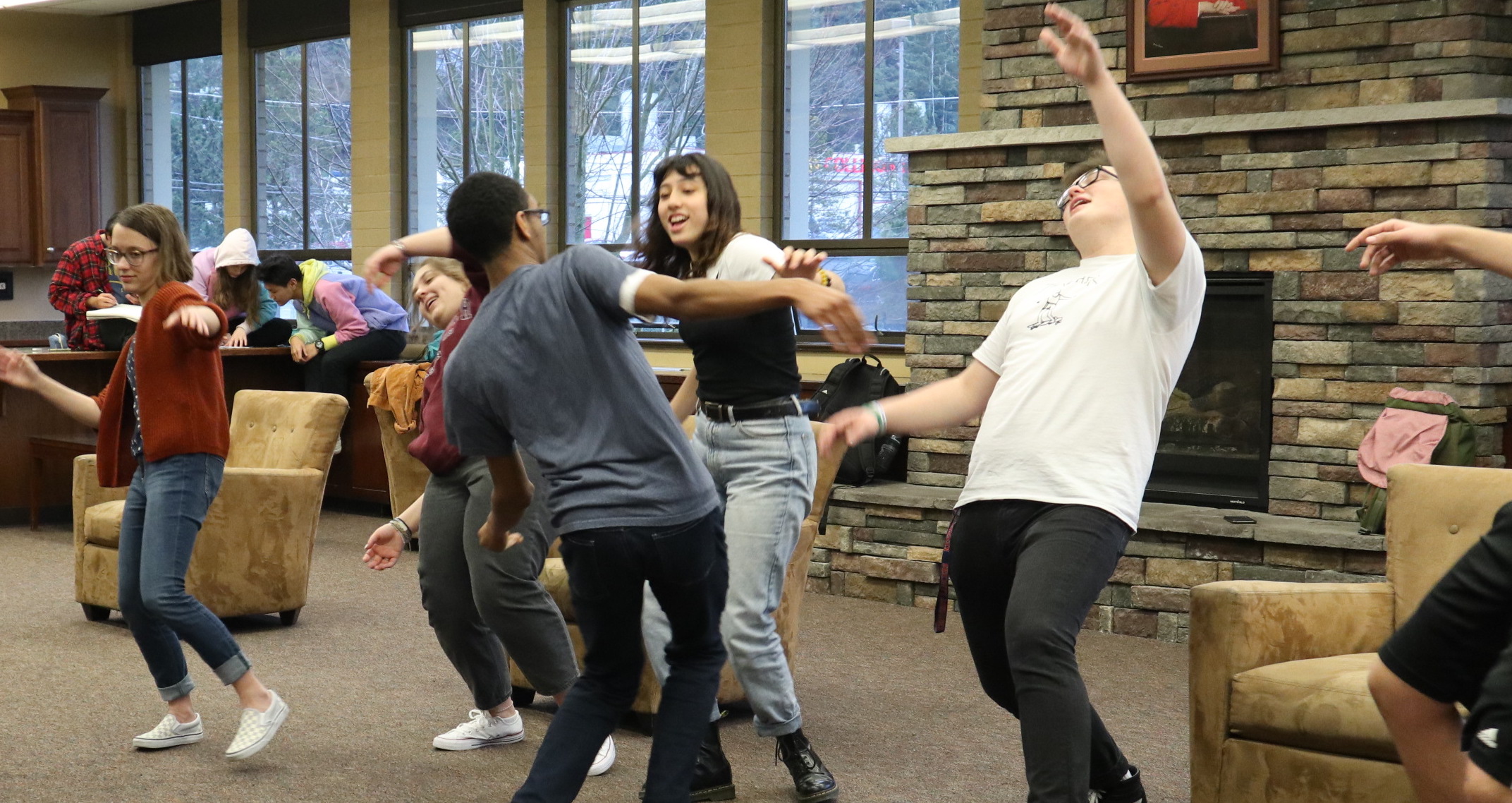 Preparing for the Spring Musical: 8 Steps to a Successful Production

Lancer theatre students are in the throes of rehearsing - practicing lines, songs and choreography - every day after school. This production will also celebrate our set designer Darren Olson's 50th show. Darren has worked tirelessly behind the scenes since 1995 to create beautiful sets for each and every show. Not only does he create stunning visuals for our Theatre department, he also plays electric bass in the musical’s orchestra. Talented is an understatement! To help you better understand the different elements of our production, and Darren’s participation in each, we’ve outlined eight steps to a successful spring musical:

1. Play Selection
About nine months before opening, Mr. Lapan and trusted individuals heavily research the best possible production for Kennedy Catholic students. After some back and forth, they will then narrow down and select the musical for the year. Once selected, all designers begin to read and re-read the script, preparing for everything that must happen in the months leading up to a successful production.

2. Auditions
Four months out, auditions are held for anyone interested in participating in the musical. During this time, the theatre team will decide who they cast, how many they cast and drive scenic design decisions. Darren and Theatre Director, Mr. Lapan, brainstorm extensively during this phase about set design – what it is, how it functions, and how it will be made.

3. Early Rehearsals
Early rehearsals begin three months before opening day – the cast begins to really conceptualize what it’ll be like to perform the musical. While many professional theaters would have their set designs finalized before rehearsals begin, Mr. Lapan really likes to feel out the events with the cast on their feet before locking everything down. Lapan mentions, “I can see how this might frustrate a designer, but Darren is very zen about it.”

4. Making Decisions
The rubber starts to hit the road two months before the musical. The pool of ideas narrows, and cast and crew have to begin making decisions about what everything will look like on stage in the spring.

5. The Build
Building sets for an entire spring musical is not a task for the faint of heart. Six weeks out from opening, Darren begins putting in extremely long hours to make and perfect each year’s set. These hours often go unnoticed by many, but the final product is something everyone admires.

6. That One Set Piece
When we get closer to the show, there’s that one scenic element piece that just isn’t working. We can’t seem to get it right. We’ll inevitably fuss and fret about it, lose some sleep, and then change it back to its original state. That’s just how set design goes sometimes.

7. Load In
Everything comes down to the wire with just three days until opening. Darren usually has just shy of six hours to load everything for the show in at the Highline Performing Arts Center before actors arrive for rehearsals. This even includes assembling everything too big to transport in one piece, rigging anything that flies, determining off-stage storage and securing all elements for student safety. It’s undoubtedly a long and arduous day.

8. Opening Night
Will the touch up paint be dry on those vital last-minute details before the curtain is pulled? Did the director cut a piece of scenery from the show that Darren stayed up late building? The final touches are put on everything needed before students head on stage for the big reveal. While the lead up can sometimes get exhausting, the final set design is something to be super proud of.

We hope to see you at this year’s spring musical, James and the Giant Peach, at the Highline Performing Arts Center March 19-22.