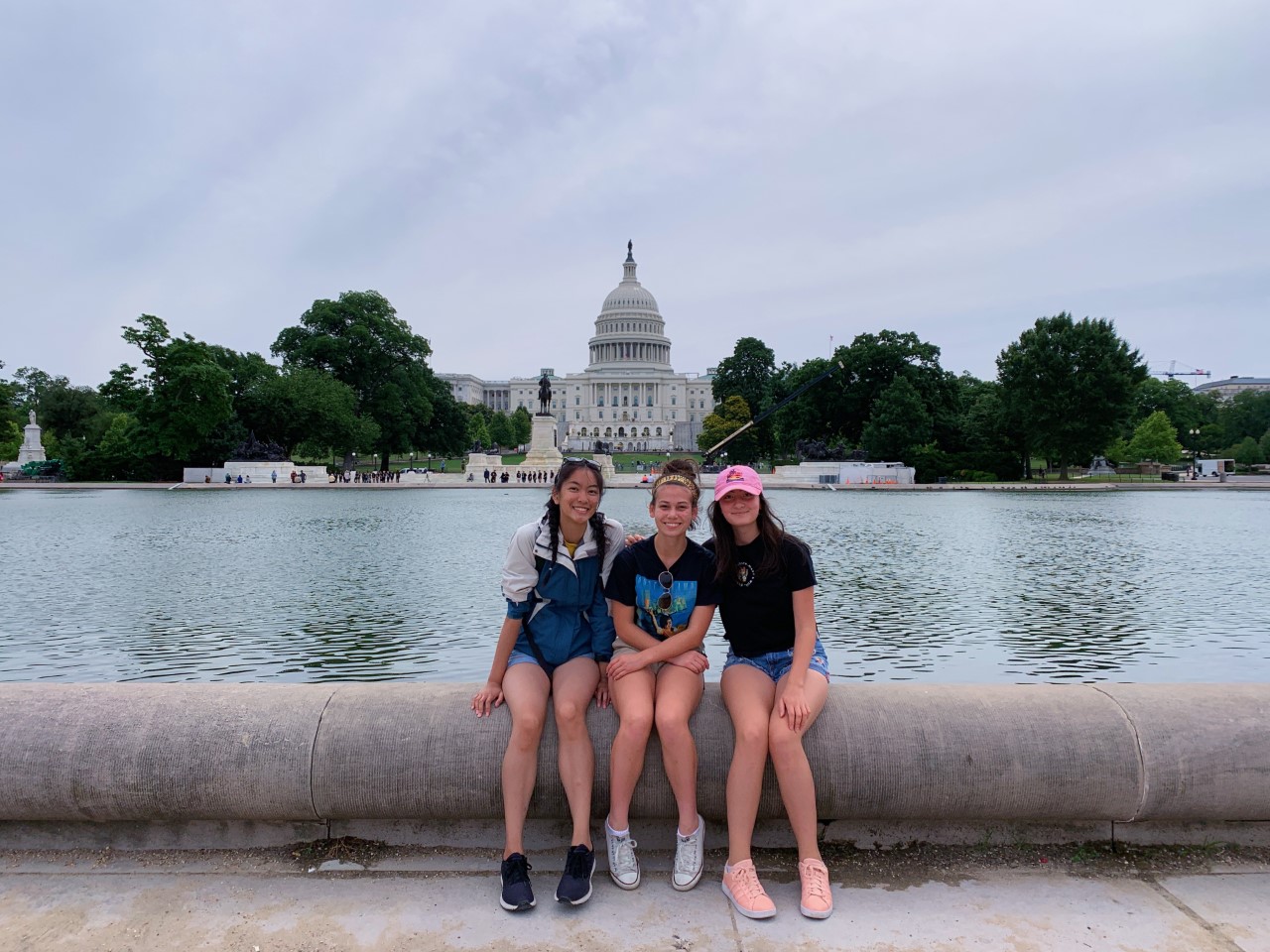 The road to the National Contest is long. Beginning last fall, Kennedy Catholic Interdisciplinary Honors English 1/World History students researched topics and prepared projects related to the 2019 theme, Triumph & Tragedy in History. Through documentaries and exhibits, they competed in their own region, with top entries moving on to the state competition in Ellensburg, Washington. From there, the top two entries in each category were invited to Washington, D.C. to face off against their peers on the national stage.

Over a half-million students entered the competition late last year, and just over 3,000 young historians advanced through the local, state, and affiliate rounds to earn their place in the National Contest at the University of Maryland, College Park. 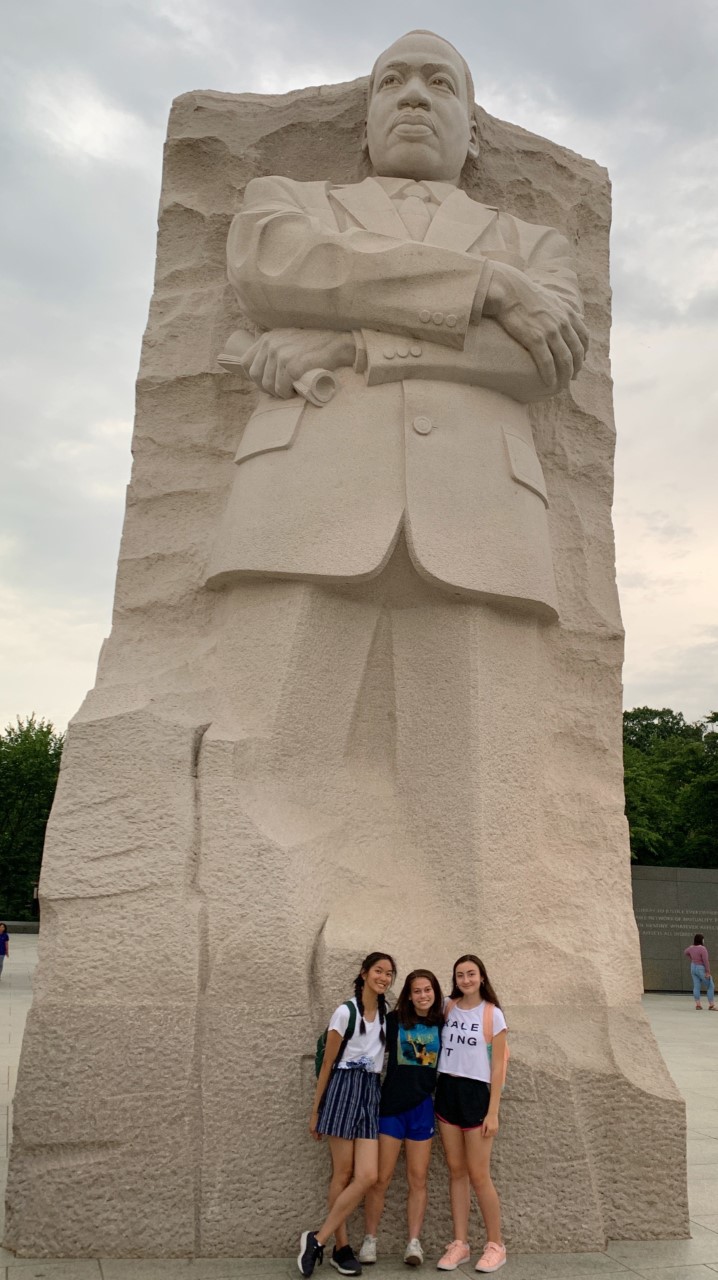 These young Kennedy Catholic women, through their tenacity, passion, and incredible work ethic, earned their place at the national level after competing and winning at the regional and state levels. They spent countless hours researching, fine-tuning, and creating their distinctive project in an effort to illustrate the impact of their chosen historical event. Their beautiful exhibit, “From Bombs to Blossoms,” which explored the rise of postwar Japan, was evaluated by a three-person panel of judges comprised of historians, educators, and volunteers for historical quality, relation to the theme, and clarity of presentation.

Sophia noted that the whole experience was eye-opening and that presenting to the judges was “next level." Walking into the exhibit showroom at the University Maryland, seeing all the states represented, and knowing that her group was representing Kennedy Catholic on a national level was amazing and surreal. Ali appreciated that their group became more cohesive at each level of competition, especially in regard to the importance of good communication skills.

Sarah said that the amount of work, late nights, and dedication paid off. The skills they learned from this experience will translate well into college life. 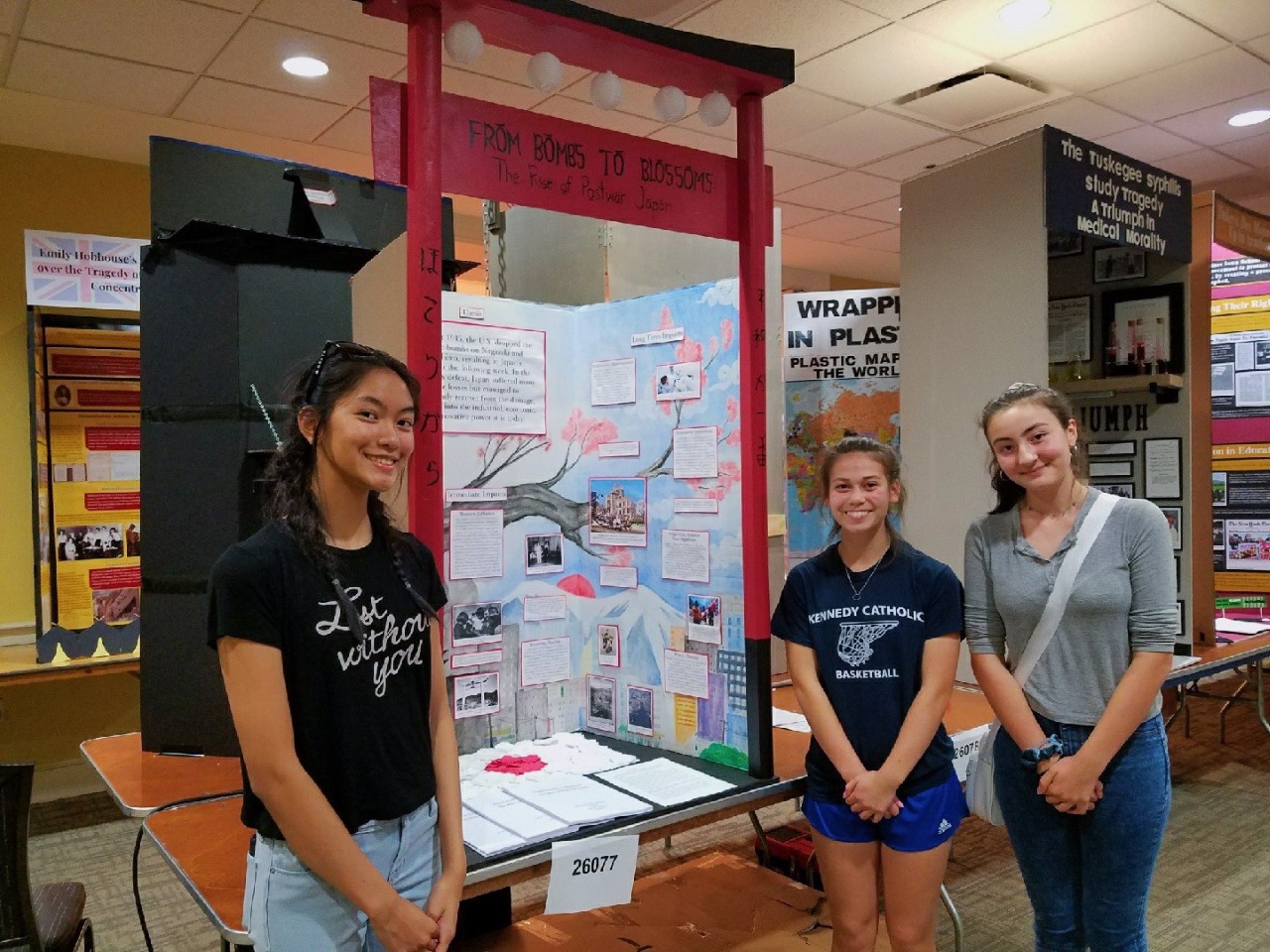 The trip east provided more than an opportunity to represent Kennedy Catholic on a national stage. The girls and their chaperones explored the region and participated in as many experiences relating to the history of our country as they could fit into each day. They visited Alexandria and Mount Vernon, Virginia; Arlington National Cemetery; the museums of the National Mall; the United States Capitol; and the United States Naval Academy campus. One highlight of the trip for Ali was the “Monuments at Nite” bicycle tour. Not only did the group get to visit of all the monuments on the National Mall on bikes, but they also got to laugh with each other over Sarah, the group’s designated outfit coordinator, as she seemingly learned to ride a bike for the first time.

Mrs. Gurnard and Mr. Wright are honored to have been able to accompany these students on this trip and appreciate the dedication of the girls as well as their families in pursuing academic excellence.

About National History Day (NHD): NHD is a non-profit organization based in College Park, which seeks to improve the teaching and learning of history. The National History Day Contest was established in 1974 and currently engages more than half a million students in conducting original research on historical topics of interest. Students present their research as a documentary, exhibit, paper, performance, or website. Projects compete first at the local and affiliate levels, where the top entries are invited to the National Contest at the University of Maryland at College Park. NHD is sponsored in part by, HISTORY®, the National Endowment for the Humanities, the National Park Service, Southwest Airlines, the Crown Family Foundation, The Better Angels Foundation, and the Diana Davis Spencer Foundation. For more information, visit nhd.org.