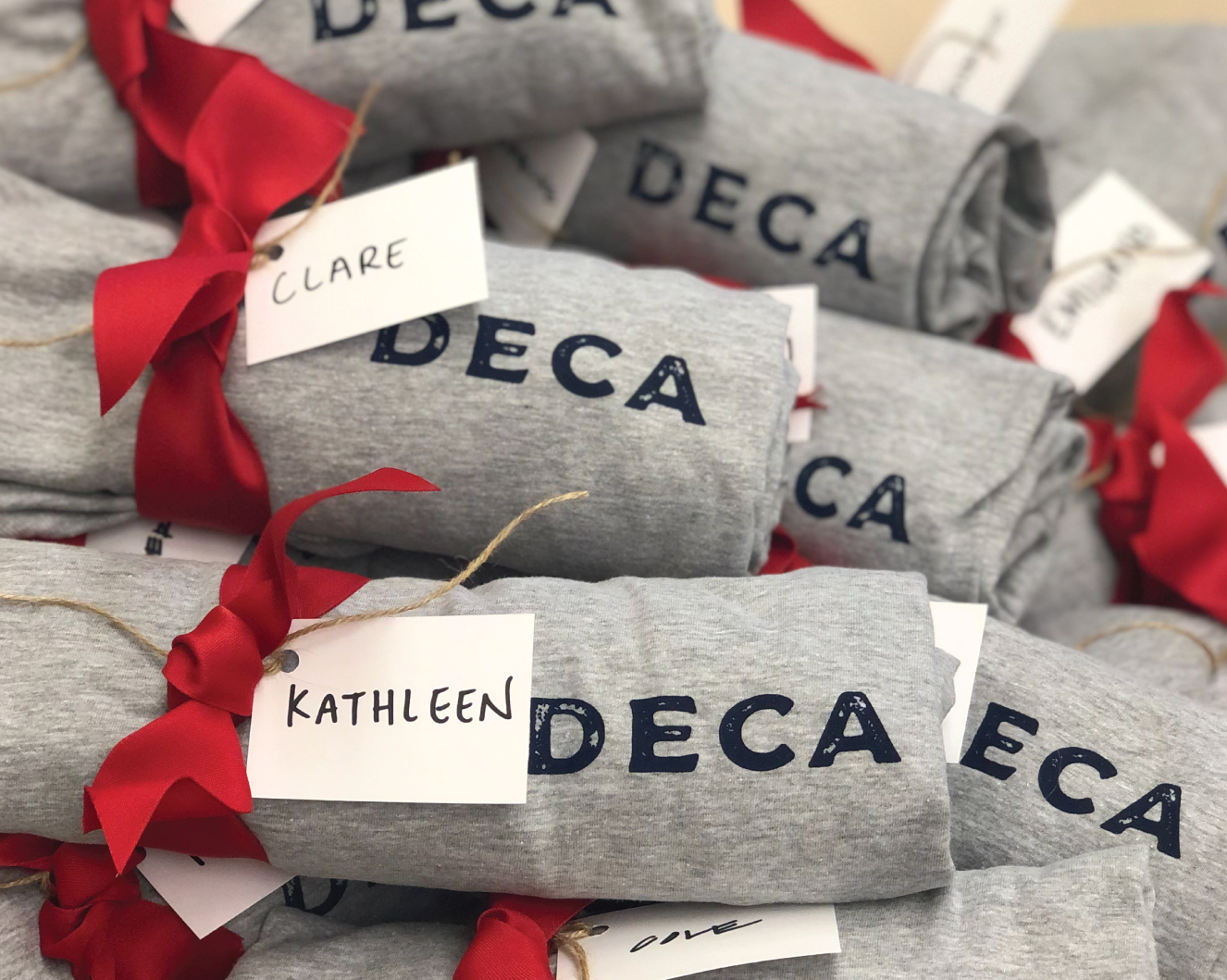 At the beginning of each school year, DECA students across the world begin preparing for competition through the study of marketing principles and their application to real-world business situations.

To kick off the Kennedy Catholic DECA season this year, the DECA leadership team hosted a ‘gallery walk’ style meeting to help new and returning members select their competitive events and get to know one-another. As the year progressed, Lancer DECA students met early on late start days to learn about marketing concepts, study for the rigorous competition exams and practice pitching their professional approaches to solving real world business problems through role plays.

On a Saturday in January, all their hard work payed off and twenty-eight students competed at the DECA Area 5 Regional Conference. That day over 800 students from 23 different local schools converged in the South Seattle Area to compete. Twenty-two Lancers placed in the top seven of their events, advancing to the DECA State Career Development Conference. 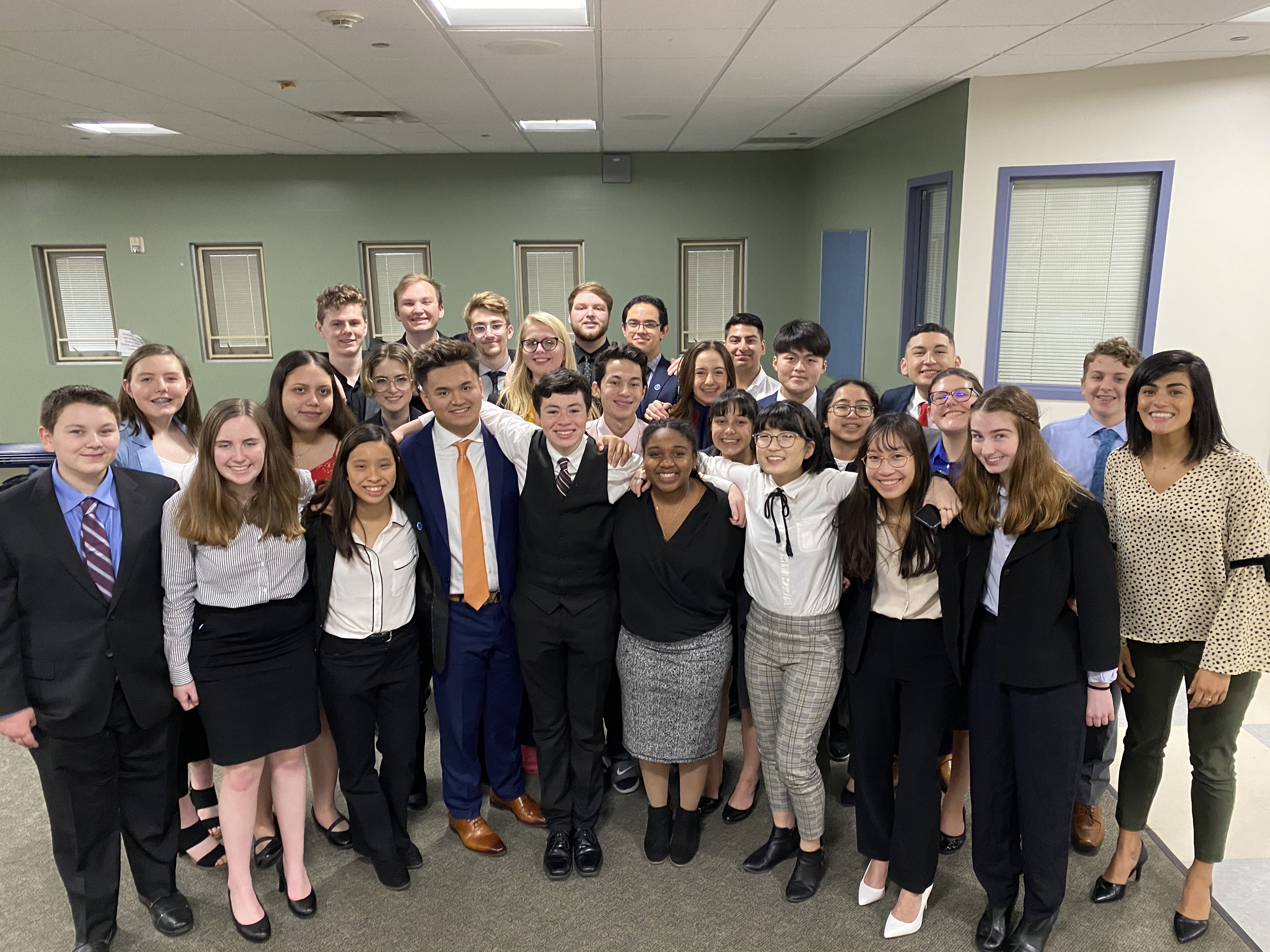 In early March, these state-bound DECA students packed their business professional clothing, received their DECA state t-shirts and looked forward to the three-day long competition in Bellevue. This year however, in an effort to protect the community at large, Kennedy Catholic DECA Lancers did not compete. During the initial spread of COVID-19 Lancers made the difficult decision to stay home, end their DECA season early and do their part in keeping their community safe.

While DECA did not play out as they hoped this year – Lancer students still had a great year and wanted to share more about their experience! 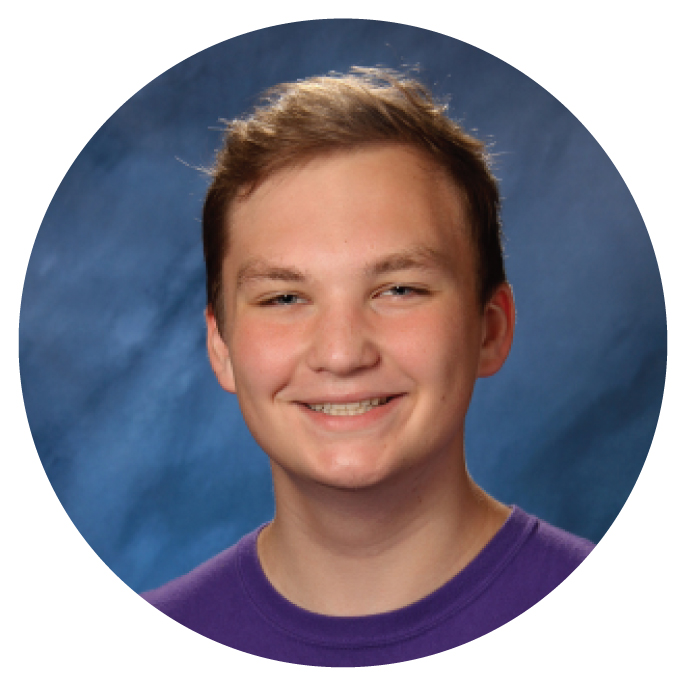 “When DECA started at Kennedy Catholic my freshman year I joined because I wanted to try something new. I heard DECA was a great starting point for the professional world and I wanted to get that experience early.

My favorite thing about DECA over the past four years has been role plays and competitions. The role plays are surprisingly fun critical-thinking and creativity exercises but all the time before, between, and after your competition role play is even more fun as you get to just be with new friends and meet other DECA competitors.

While the year did not go as planned, I am still happy to have been a part of Kennedy Catholic DECA and look forward to hearing about how the program continues to grow. I will definitely be taking the skills I learned with me next year to Gonzaga University where I plan to earn a degree in business administration and entrepreneurship or education.” 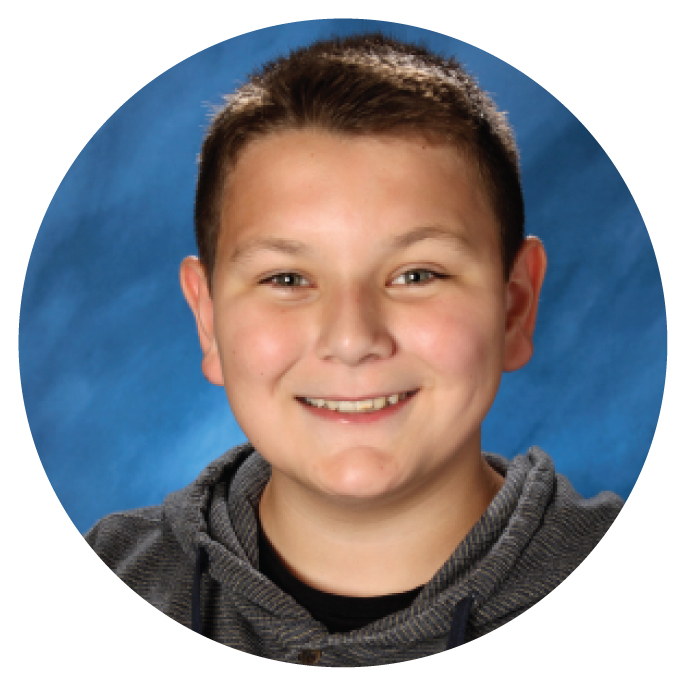 Collin B.
Freshman at Kennedy Catholic

“As a Freshman I joined DECA because I thought it would help me practice for job interviews and professional experiences later in life. After joining, I learned that it also benefited me as a student right now. DECA has helped me hold myself to a higher standard as a student. Practicing and being able to communicate professionally has helped me build good relationships with my teachers.

I love the anticipation of the competitions and our club meetings building up to them. The DECA Area 5 Regional Conference was so exciting! It was my favorite part of this year. The weeks leading up to competition and on the bus ride over we were all so excited waiting in anticipation for the day ahead.

During competition, the Kennedy Catholic DECA Lancers were a team. Everyone was so supportive of each other when someone felt like they had done good or won a medal/plaque; it was such a great day.

While we didn’t get to go this year, I’m looking forward to competing at the State Career Development Conference next year!”