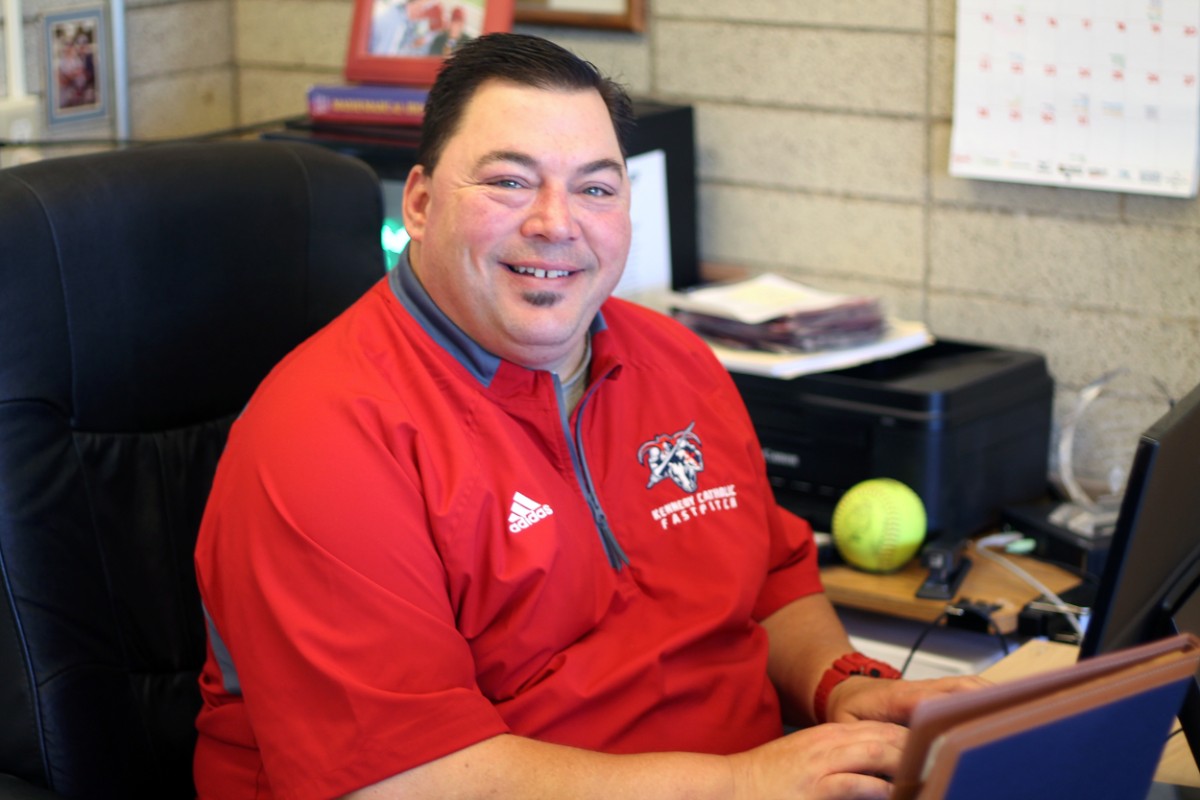 Coach Stamnes and Coach Josie Inducted into Hall of Fame

On Friday, September 27, in a packed Dillman Center, we inducted two individuals into the Lancer Athletics Hall of Fame. Nearly 200 former colleagues, assistant coaches, players, friends and family were on hand to celebrate the careers of Doug Stamnes and Dino Josie ‘82. It was on this night they joined the other 20 individuals and three state championship teams who make up our accomplished Hall of Fame. Thank you to the Kennedy Catholic Booster Club and Kennedy Catholic staff who helped make this a special night for everyone involved.

Below is an excerpt from the program presented at the event: 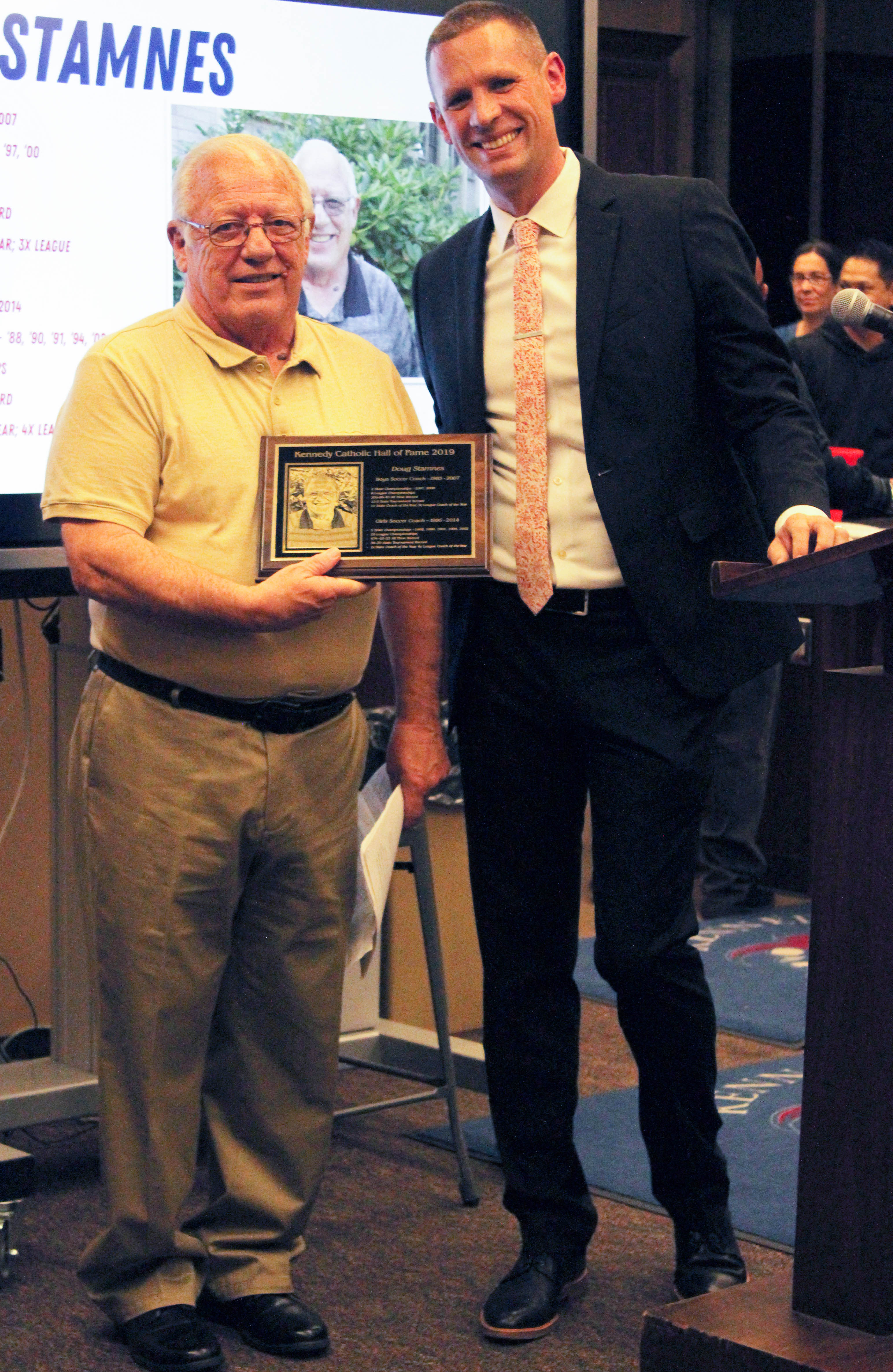 Doug Stamnes, Boys & Girls Soccer
Doug Stamnes’ coaching tenure will go down as one of the most successful stints in not only Kennedy Catholic High School history, but across all of Washington State prep soccer. In his 50 combined seasons leading the Lancers on the pitch, Stamnes’ teams were crowned state champions seven times, league champions 27 times and won over 50 state tournament matches.

With an all-time head coaching record of 760-153-66, Stamnes received League Coach of The Year honors seven times and he was named State Coach of The Year twice. During his tenure he tutored countless All-League, All-State and All-American student-athletes, preaching excellence in and out of competition.

Today, Stamnes remains a figurehead on campus, announcing volleyball and football games, substitute teaching and cheering on the newest generation of Lancers. 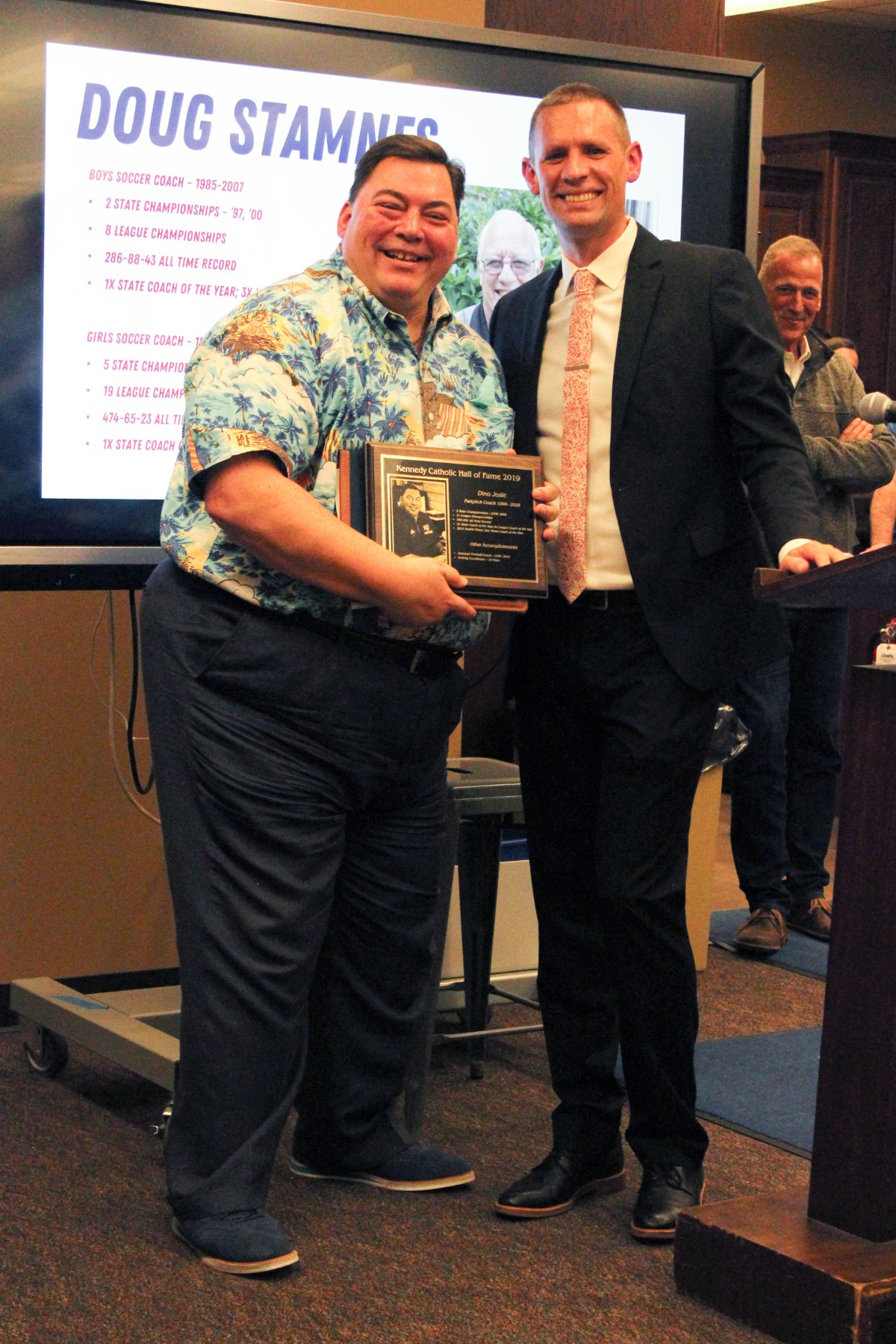 Dino Josie '82, Fastpitch
The first and only head coach for the first twenty-five years of our girls fastpitch program, Dino Josie ‘81 has lived every role on the Kennedy Catholic High School Campus – first a student, then a teacher and coach.

As the lead man in the dugout from 1994-2018, Josie led the Lancers to back-to-back state championships (2008-2009), eleven league titles and 363 total wins. His accomplishments awarded him the title of league coach of the year nine times and state coach of the year twice. Beyond that, his classroom walls are adorned with team pictures featuring countless young Lancers who counted their time with him amongst their fondest memories.

In addition to leading the fastpitch program, Josie also served as a longtime assistant football coach and activity coordinator.