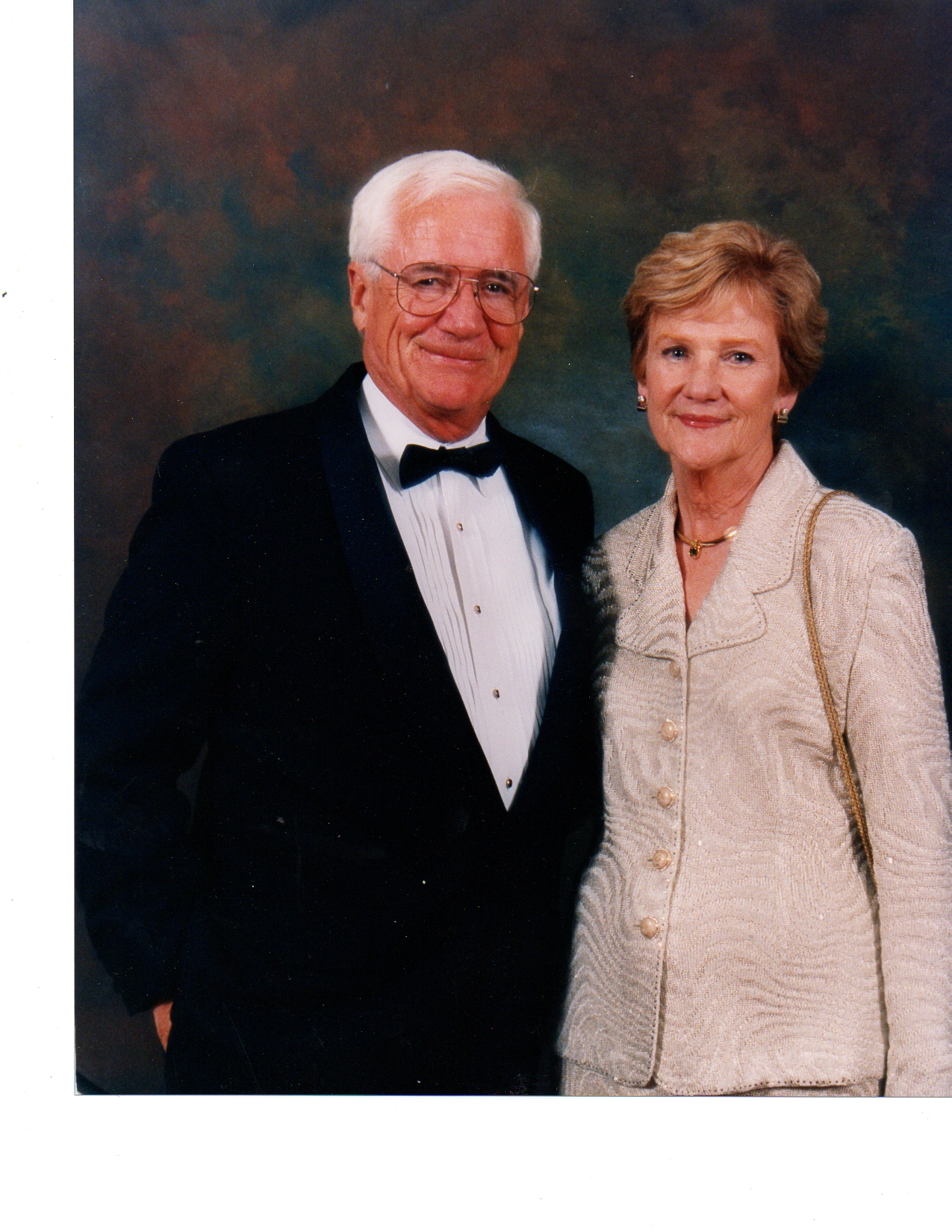 Ben and Virginia Cosgrove are lifelong champions of Catholic education and believe deeply in the philosophy of Catholic schools. In a Catholic school, every student is made in the image and likeness of God and is treated in a sacred way, with love, compassion, mercy, and dignity. Catholic schools are filled with motivated, enthusiastic, and devoted students, teachers and administrators. They produce graduates who are civically engaged, tolerant of diverse views, lifelong learners and committed to service as adults. Ben and Virginia lived out this faith and commitment by sending their children to Kennedy Catholic and through their extensive involvement as volunteers and benefactors during the school’s formative years under the leadership of Principal John M. Goodwin.

Ben, a longtime Boeing engineering leader and a major contributor to airplane safety, died in September 2006. His contributions to the knowledge of aging aircraft and the techniques to ensure their integrity were groundbreaking. Ben was known for his great love for his family, God, and the Blessed Mother.

Virginia, a mother, housewife and teacher, has always been a strong advocate for education, especially those who needed extra help. She was a kindergarten teacher before having children and later in her life volunteered in the Highline School District’s Head Start program. She also worked as a substance abuse counselor for both the King County Courthouse and Schick Shadel Hospital.

In the years following Ben’s death, Virginia and her family continue to be advocates of Catholic schools and remain dedicated to helping others in the community, especially Kennedy Catholic High School. We are particularly indebted to the family for making it possible over the years for many students to attend Kennedy Catholic for whom it would otherwise be impossible.

Earlier this year, Virginia made a significant contribution to the John M. Goodwin endowment fund. Ben and Virginia were instrumental in supporting John’s vision for a strong and vibrant Kennedy Catholic, and the families became and remain good friends. “Ben was among a small group of dedicated Catholics that my dad could call upon at any time for wise counsel, moral and financial support. His keen intellect, wit and sense of humor proved indispensable to my dad over the years. They were kindred spirits,” remembers son John Goodwin ‘79.

The Goodwin Scholar endowment aligns with the Cosgrove family legacy of supporting students who demonstrate financial need but also academic excellence, a commitment to service and leadership potential. The Cosgrove family welcomes this opportunity to recognize the legacy of Principal Goodwin while also highlighting the contributions of Ben and Virginia that impacted his and the school’s successes.

Kennedy Catholic is grateful and honored to receive this thoughtful and inspired gift.

If you would like to make a contribution to The John M. Goodwin Endowment to help us honor and secure his legacy and support the Goodwin Scholar program, please contact our Advancement Office