The Drama Department classes and school productions examine the human condition as portrayed in plays and observed in life. They train the student to improve self expression through understanding the voice, body, emotions and intellect. Various forms of theatre are experienced including classical and contemporary plays as well as improvisation and interactive theatre. Kennedy Catholic now has a troop chartered in the International Thespian Society.

How many productions are offered at Kennedy Catholic?
Kennedy Catholic produces two large productions each year – a play and a musical. We also develop a touring company that performs at grade schools in the spring. The musical is produced in collaboration with the Music and Visual Arts departments.

Who can audition for the plays?
Everyone is invited. There are no restrictions on grade level or experience to audition for a production.

Spring Musical 2022 - The Sound of music

Kennedy Catholic Theatre presents Rodgers & Hammerstein’s The Sound of Music, a musical the whole family will enjoy. Maria is a problem. She has trouble following the abbey’s schedule for postulant nuns and she can’t stop singing. She’s reassigned to serve as a governess to a family of seven children with an overbearing father. That’s when things really get interesting! 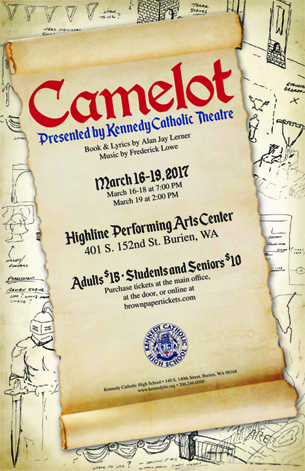 As Kennedy Catholic High School celebrated its 50th anniversary, it seemed only fitting to produce the musical that is most strongly associated with John F. Kennedy, his work, and his legacy.

Camelot is the story of King Arthur and his quest to transform his kingdom into something better. The show featured such beloved songs as If Ever I would Leave You, How To Handle A Woman, and The Lusty Month Of May.

Over 30 students worked together to tell a big, charming, challenging, and timeless story.

The family road trip is a great American tradition. It brings families closer – quite literally – and creates lasting memories. Of course, memory being what it is, what we remember from these events is seldom what we set out to see.

Leaving Iowa is a comic, sweet and occasionally somber tale of what you can find when you are hopelessly lost. Don, the central character, is charged with disposing of his late father’s ashes. He expects this to be a two-hour excursion, but ends up retracing an infamous family road trip from the 1970s. Along the way he encounters a variety of unusual (and often hilarious) characters.

Adapted from Hans Christian Andersen's story The Ugly Duckling, Honk! offers a message of patience and inclusion. The musical is set in the countryside and features Ugly - a cygnet who is mistaken as an ugly duckling upon falling into his mother's nest and is rejected by everyone but Ida (his mother), a sly tomcat who only befriends him out of hunger, and several other barnyard characters.

George Bernard Shaw was a troublemaker, an Irish born playwright who loved to poke fun at the inhabitants of London, his adopted home. His plays are full of wit, wisdom and unforgettable characters, and Major Barbara is no exception. Barbara, a young woman who has committed her life to serving and saving the under served, finds that life derailed by the arrival of her father, his money, and his questionable intentions. 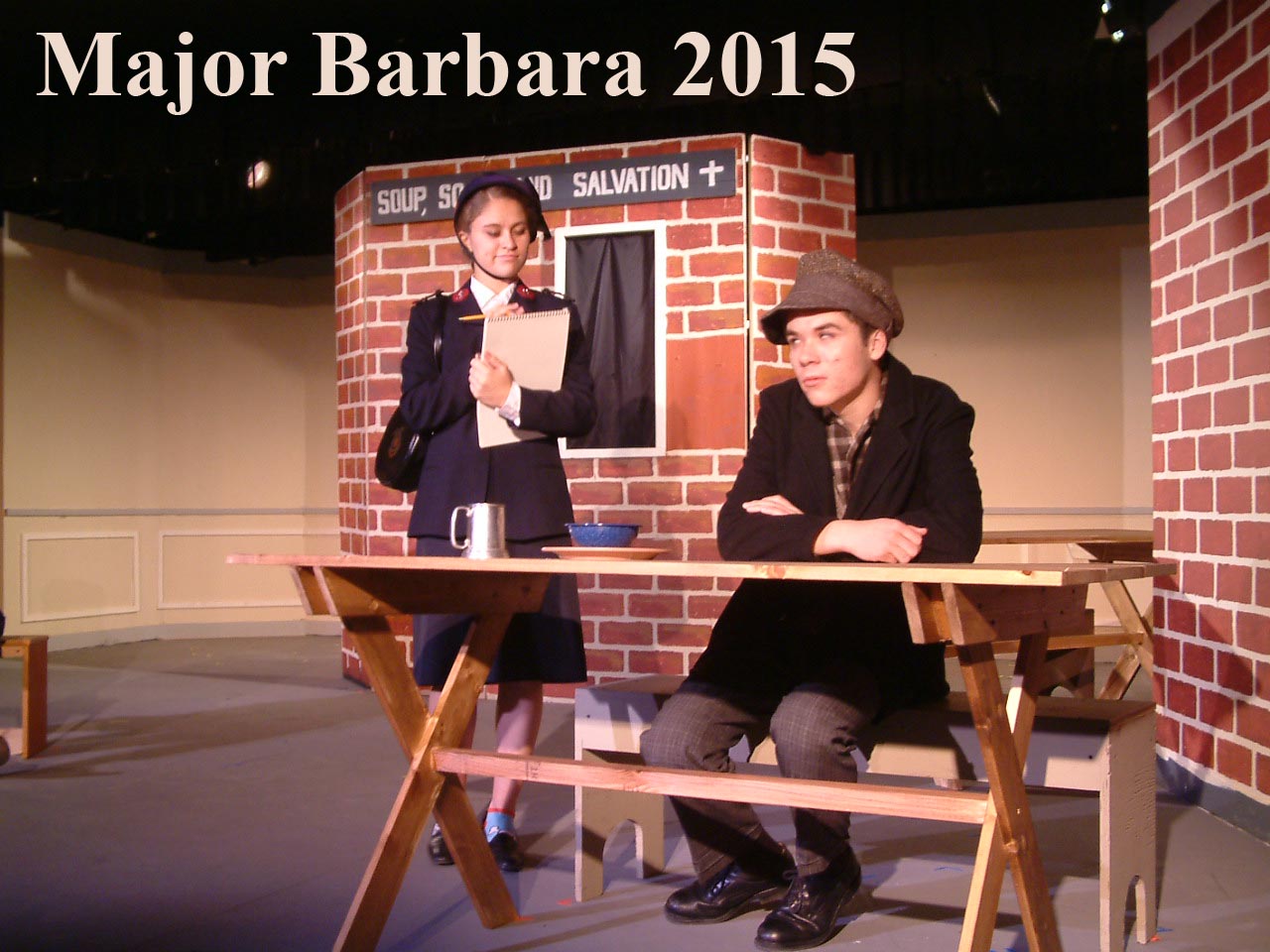 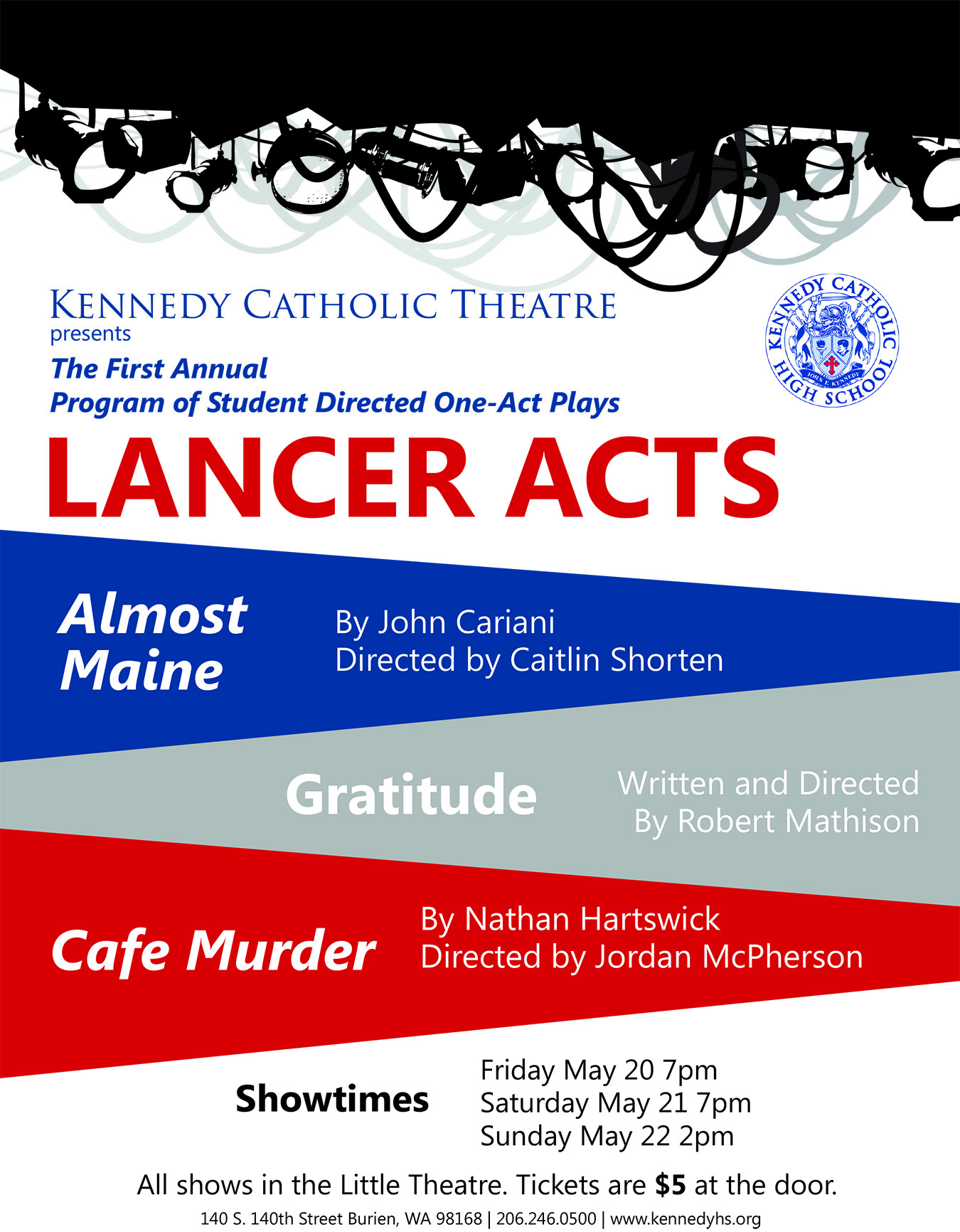 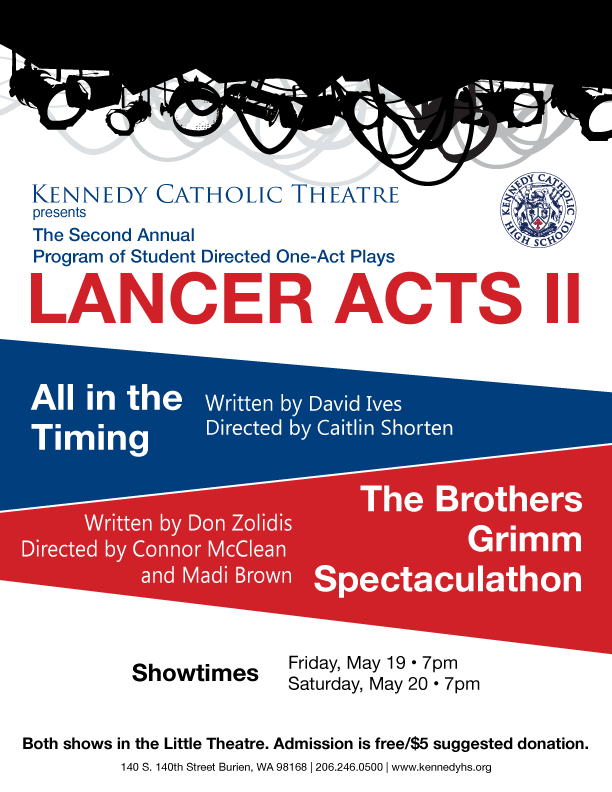 LancerActs II, our second annual evening of student directed one-act plays, is coming to the Little Theater May 19 & 20 at 7pm. This year’s program includes All in the Timing by David Ives, directed by Caitlin Shorten, and The Brothers Grimm Spectaculathon by Don Zolidis , directed by Connor McClean and Madi Brown. LancerActs II is a fun, informal, student driven event. 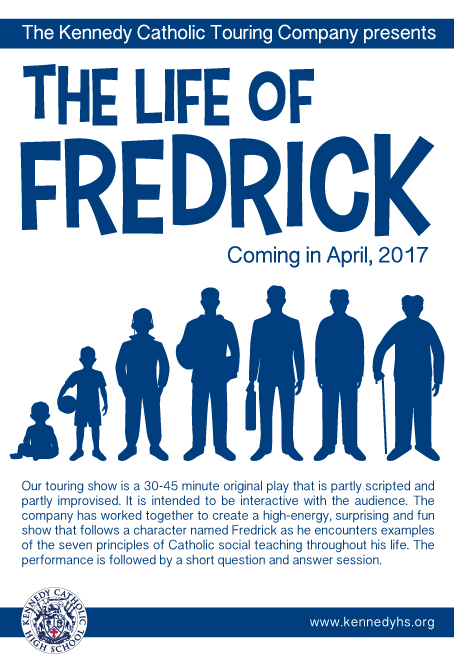 About the ensemble and its mission:

The touring company is the public service component of Kennedy Catholic’s theatre program. Students meet weekly after school throughout the year to rehearse. Our plays are devised largely through improvisation, and created with younger people in mind. Our mission is to entertain our school-age audiences while challenging them to discover their better selves.